In God We Trust…? 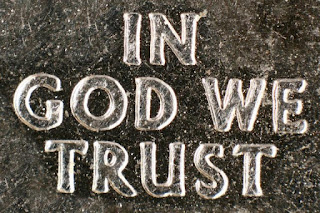 Funny how our money says that when, through its use, leaves little room for trust in God at all. Am I saying we should endeavor to live life without the use of money? Absolutely not. I’m just pointing out how we inject God into the strangest of places, and then wonder why His influence seems to be missing from our society.

Patriotism seems to be the latest thing sweeping the country, or should I now say nationalism? People are wrapping themselves in the flag, if not completely embracing the ideals the flag actually stands for. Through the divisiveness of our social commentary, being loyal to God and country is becoming something of a fashion trend…figuratively speaking. But is it still God and country, or are we actually moving to God IN country?  See, “and” suggests there is a separation between the two, while “in” is indicative of both being merged.

Many may not see the wisdom of the separation of church and state, so therefore do not see the danger of church in state. God has always offered himself as a choice and to that end, has given us free will to make that choice. So what does it say about us, or more specifically, those that profess to abide in godly ways, if God is no longer a choice, but a mandate? 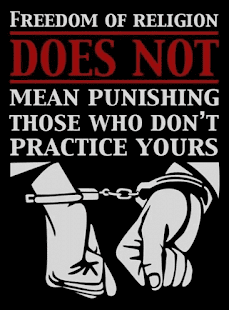 Do we really want to move our country from a constitutional republic into a theocracy? You may think I’m overthinking this, but when faith becomes the basis for how we govern the people and is injected into every decision of policy, is it not a theocratic model we have embraced? Perhaps there is nothing wrong in that, but I see little “freedom” in being told who to worship, how to worship, and when to worship….because ultimately that is where every theocracy ends up.

We must understand that we need not embrace a theocratic state in order to preserve our morality.  Yes, our laws against murder are absolutely grounded in “Thou shalt not kill”…but how do you stand up against abortion, but remain silent about unjust police killing? How do you champion the sanctity of life, while loading your rifle for the hunt? How do you profess to speak for those without a voice, but turn a deaf ear to those with voices pleading for your help? Wrapping yourself in the bible doesn’t make your position more tenable, it simply makes your hypocrisy more repugnant. 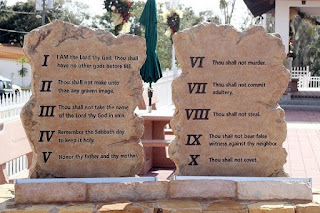 Alabama is poised to vote this November on the placement of the Ten Commandments in public schools and government buildings in an effort to shatter whatever separation exists between church and state. Where is the “freedom of religion” in that? It’s more like the freedom of ONE religion, at the expense of all others. I won’t even go down the rabbit hole of the daily breaking of those commandments by the very people seeking to mandate them…all the while claiming this to be a Christian nation, but showing it instead to be a nation of hypocrites.

We don’t need mandated morality to combat the woes of our society, we need moral people living by example…specifically THE example, as shown by Christ. Unfortunately when this is pointed out, Christ becomes outdated and gets marginalized. He ceases to be our creator and instead becomes a very nice man that meant well.  How quickly He is abandoned by those upholding Him.

It doesn’t seem to me that there is much trusting in God, despite what our money says. Instead it seems we trust in what we want and how we want things to be, and if wrapping ourselves in “faith” can get that for us, so be it. 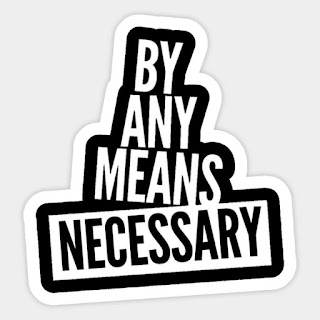 I’ve never seen Malcom X as prophetic, but “by any means necessary” has become the modus operandi of our society, and the only thing sadder and more frightening is our inability to understand how very lost we are becoming because of it. In God we surely do not trust…but we absolutely should.