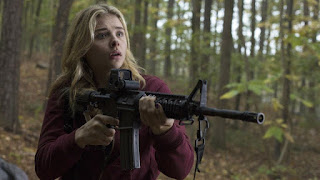 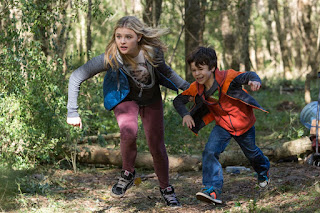 Chloë Grace Moretz is absolutely fabulous in a film that lets her showcase her athletic ability (Kick-Ass) and although she hasn’t broken through as a heavyweight dramatic actress, she is very young and has plenty of time to develop. Unfortunately, films like these can only serve to be learning experiences for her as the script didn’t even begin to further her craft. 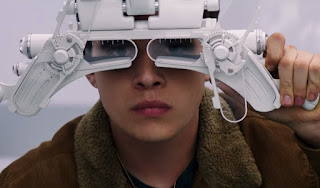 Nick Robinson hasn’t done much, although he did well in Jurassic World, this film really gave him nothing to work with and his character’s nickname (Zombie) was aptly named given the delivery of whatever it was he was doing.

To be very fair, neither one of these actors is “bad” but it’s very hard to discern that when they are thrust into a film were “bad” is the kindest thing you can say about it. 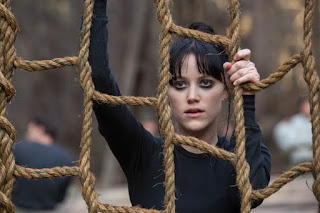 Aliens come to Earth and begin to wipe out the population in a succession of “waves” of various types of destruction (earthquakes, plagues, etc) culminating in the fifth one which is supposed to be the nail in the coffin.

Cassie Sullivan (Moretz) is a survivor of the previous four waves and seeks to keep her little brother safe after her father is killed by the military. Of course her brother is captured and she sets out on a journey to liberate him. 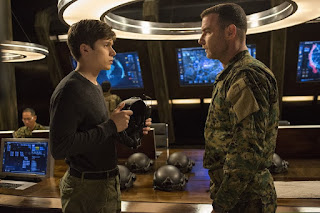 Ben Parish aka Zombie (Robinson) is one of the children captured by the military and put through an indoctrination program. Of course he begins to question everything and eventually rebels against his “programming.” 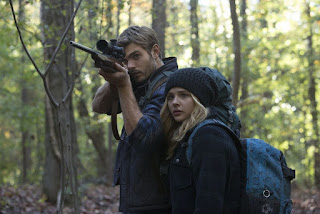 In her quest to free her brother, Sullivan comes across Evan Walker (Alex Roe) who isn’t all he appears to be, and eventually get his help. What follows is one of the most disjointed, senseless plots I have ever seen on the silver screen.…making it a task to even watch. 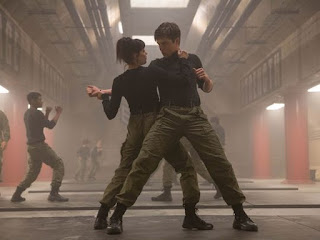 This film had so many plot holes and ridiculous moments, I don’t even know where to begin with this. I found myself yelling at the screen over simple stuff like turning off helmet lights that give away your position when you are hunting people in the dark, to pondering what the point of all the “waves” were when the aliens were obviously advanced enough to conquer the planet in much easier fashion. 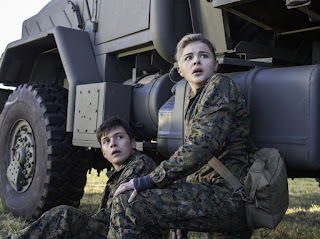 Speaking of the waves… the fifth one was the most anticlimactic and stupid one I could ever imagine even though I figured it out well before they revealed it. Chalk that up to a flimsy script with a transparent and cliche plot.

The only profound thing to be found in this film was the eerie parallel of how the aliens were going about the extermination of humanity to the way the First Nation was dealt with by foreign settlers. Was there a secret message imbedded here? Did the makers want to make that point? I don’t know…but I can say with confidence that most people probably missed this during the two hours of torture watching this film was. 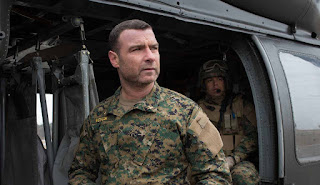 Not even inserting Liev Schreiber as the dubious Colonel Vosch made this film worthwhile, although it’s always good to watch him…especially when he’s the bad guy. 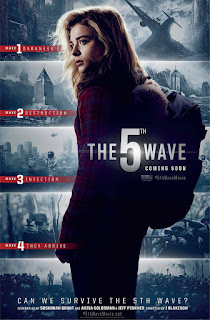 This film was very hard to watch and actually saddened me because I very much wanted to like it, but there was very little about it that could be liked. In a situation like this, you really can;t blame the actors as a debacle like this stars with the script…which was the genesis for only soaking two (2) cinnamon sticks in my cup of tea.

http://theboxedoffice.blogspot.com/2015/07/jurassic-world-is-dino-bite.html
Posted by Dennis Kreative Idea at 12:30 AM 1 comment: 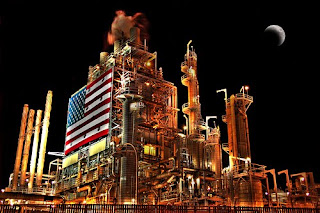 So…I was in a recent discussion about vaccinations ( a touchy subject with polarizing points of view) and realized that some people still do not understand the medical industry. It further occurred to me that the idea of “industry” in general is simply not being grasped regardless of the subject that industry addresses. I figured it might be a good idea to discuss industry to clarify what is really going on. 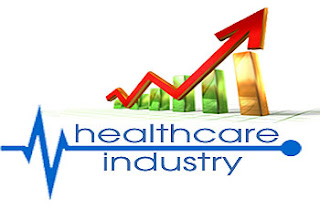 I’ll start with the medical industry since I’ve written about it so much and was the catalyst of this post. Now, while your doctor may genuinely care about your health and the well being of all their patients, the directives that have to be followed are handed down by those making a killing in profits from the sickness of people. Understand the pharmaceutical machine makes billions upon billions of dollars and holds sway and influence in all areas of the medical field. The eye opener for me was when my children got ringworm, and by law, the doctor could not tell me to use garlic, but had to prescribe a drug that carried the risk of liver failure. Think about that.

Every corporation in any industry is a profit driven entity. It’s what corporations do….make money. It’s that simple. So if you’re thinking that your interests are paramount to a company over their profit margin, you are sadly mistaken…and might even be severely hurt with this erroneous outlook. 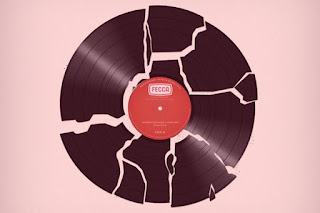 Look at the music industry. It’s well documented how short the end of the stick is that artists get when entering the business. Prince spoke openly about the need of the artist to maintain the rights to their own master recordings to not be a slave to the industry. Add to that the willful and deliberate push of certain types of music and it’s clear the music industry has no interest it uplifting you are taking care of the artist, but is very focused on their generated income. 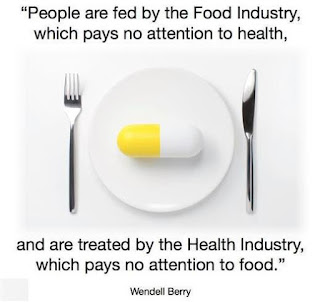 Look at the food industry. You think GMO’s are to make your life better and you healthier? Is that the mandate of the corporations involved…or is it their goal to make more money this quarter than they did last quarter? Do you think introducing arctic fish DNA into oranges is to make the orange healthier for you? How much more profit is gained from being able to grow oranges in cold climates from this mad science? It’s just mind boggling when I come across a person that argues for the industry based on their own self interest, totally missing the point that said industry doesn’t care about them…beyond how much money can be made off them.

Money itself isn’t evil and this post isn’t a rallying call against everyone that is seeking to make a buck. The love of money, however, is the root of all evil, and when a company’s sole purpose to exist is to make money, we all need to understand what that means for us, particularly in the areas of our health and well being. 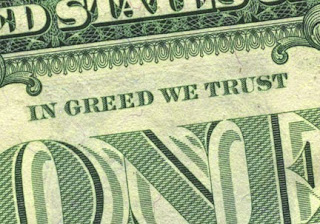 The next time a company claims to genuinely care about you, tell them to prove it…and not charge you for their service or product (be careful though not to end up a medical guinea pig). When you really understand “the industry” life is a bit more scary, but operating in truth is worth the rush.