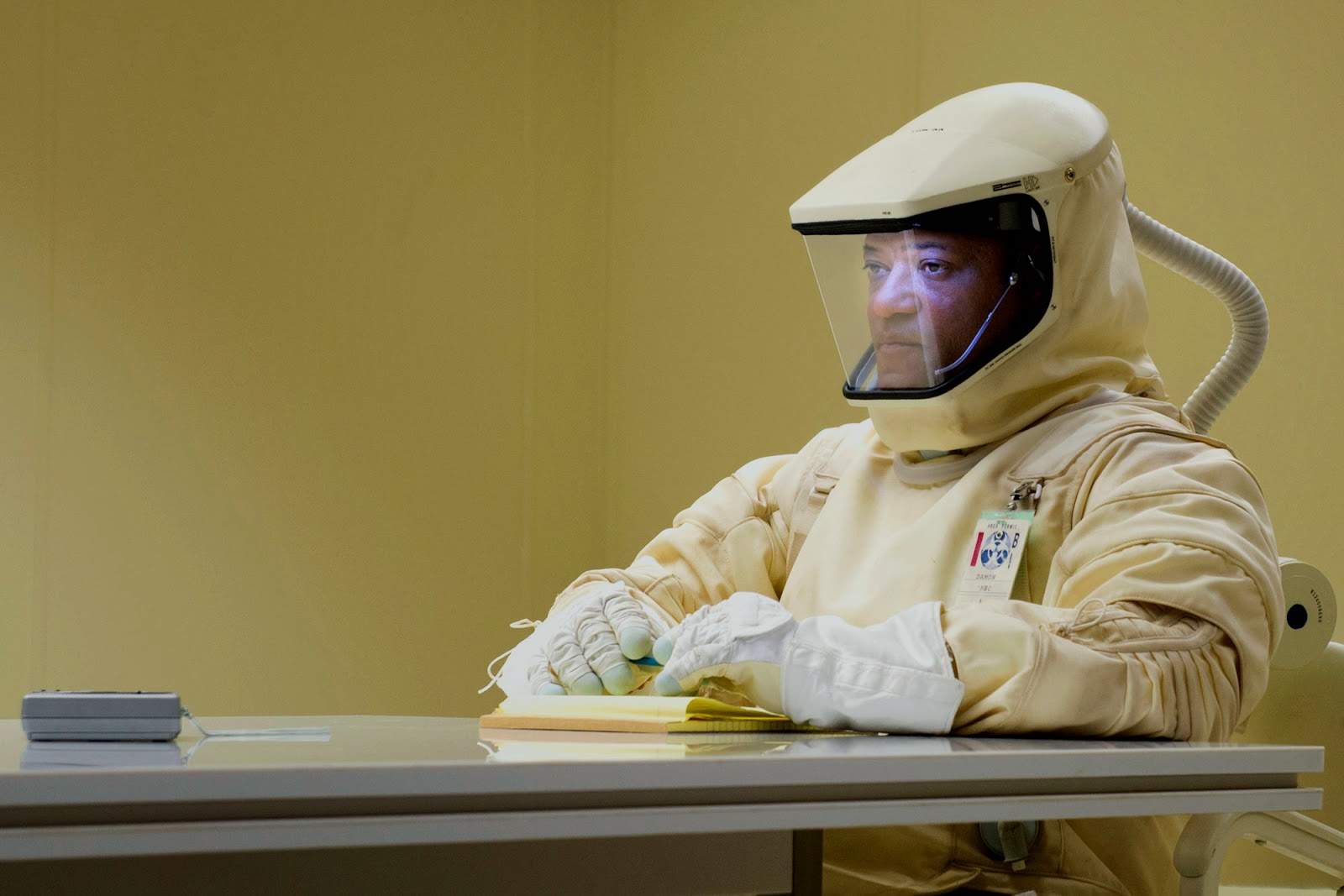 That said…this month’s film is a science-fiction movie that flew under the radar of The Boxed Office, but did not escape my notice….:-) 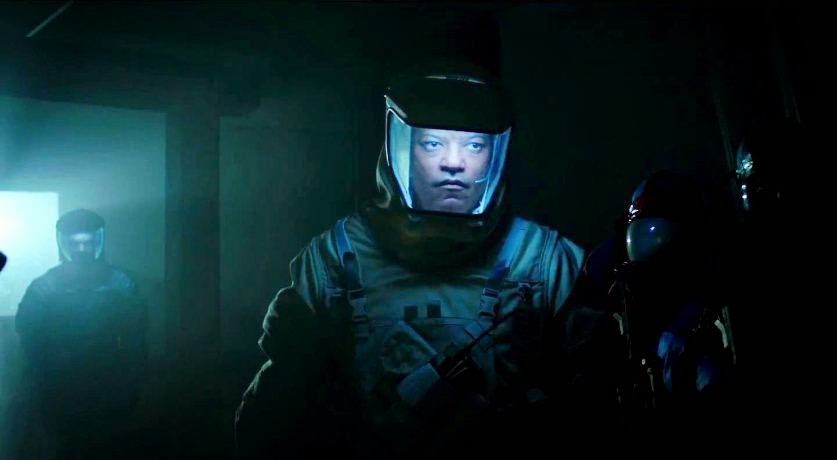 There really isn’t much to say about Lawrence Fishburne. If you’re a fan of his like I am, you already know how he commands the screen when he’s in front of the camera…and I can tell you that his performance in this film is much the same. Playing Damon, the administrator of a mysterious facility, he drew me in and never revealed to me if he was friend or foe. Fishbone excels at playing roles of characters that keep their motives and intentions close-to-the-vest. In the end I trusted him…but you will have to watch the film to find out if that was the right call. 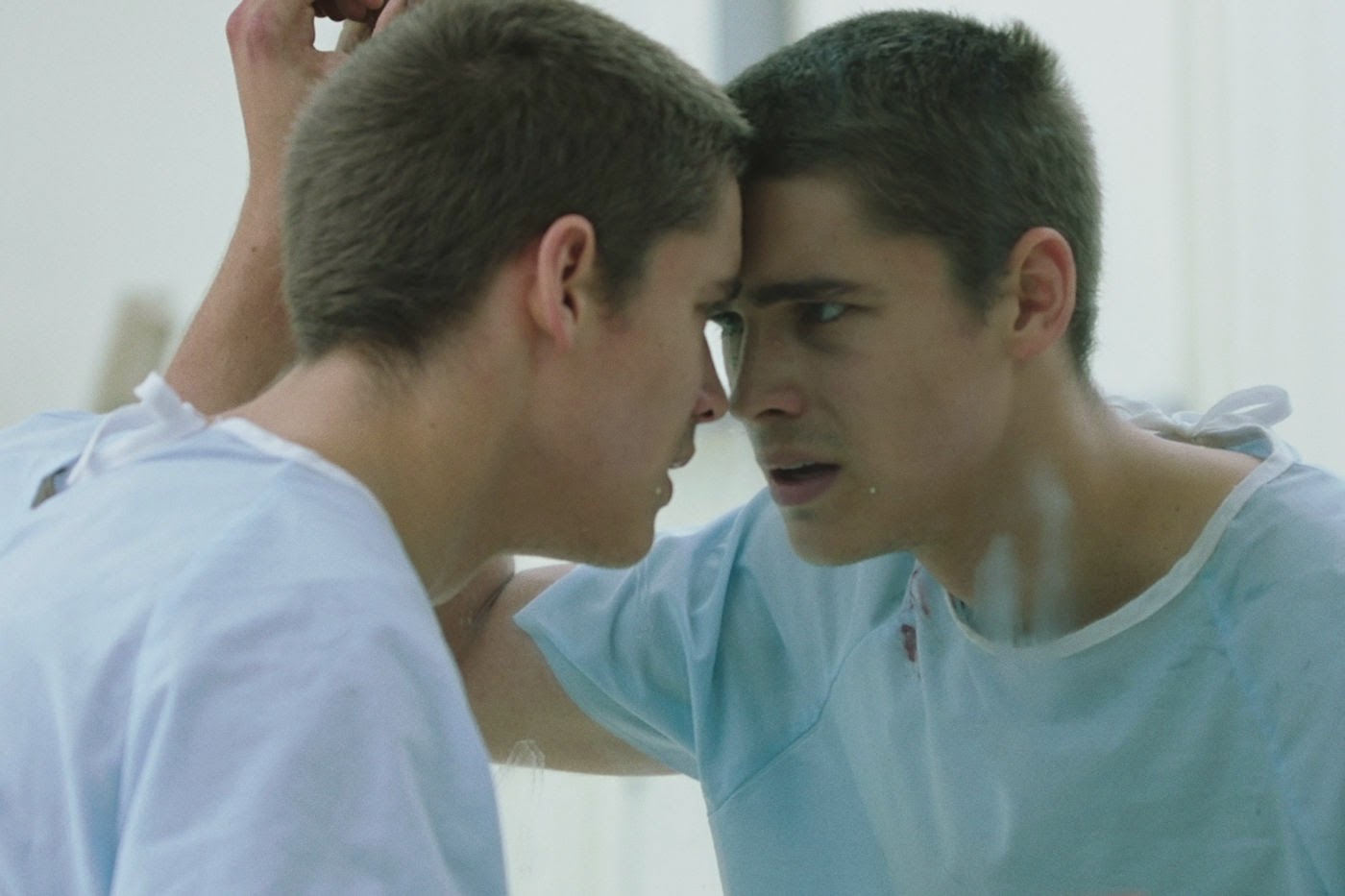 I hadn’t seen much of Brenton Thraites before this film, and have only seen him since in “The Giver.” I think he’s a capable actor and with more time and ample work, will do quite well in the film industry. In this film, because of the nature of this character, Nic, I dare say it must have been easy to play a freaked out MIT student with no clue where he is or what is happening. It’s just my opinion that some roles are simply easier to pull off than others, and although I feel this is one of those roles, I certainly think Thraites did it very well. 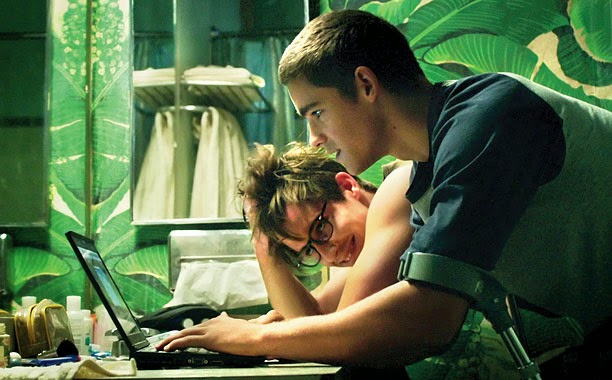 Nic and his two friends are driving across country to make a move, but along the way they decide to track down the signal of a notorious hacker (as it happens to be in the way). Finding an seemingly abandoned house, the all experience and disturbing and unexplained experience that finds Nic waking up in a facility, alone, with no memory of how he got there.

The facility administrator Damon, meets with Nic frequently with the single agenda of  finding out how Nic tracked the signal and what he found when he tracked it down. Of course, Nic isn’t forthcoming with answers as he has none, which only heightens the tension between the two as Nic becomes obsessed (understandably so) with finding his friends and leaving the facility. 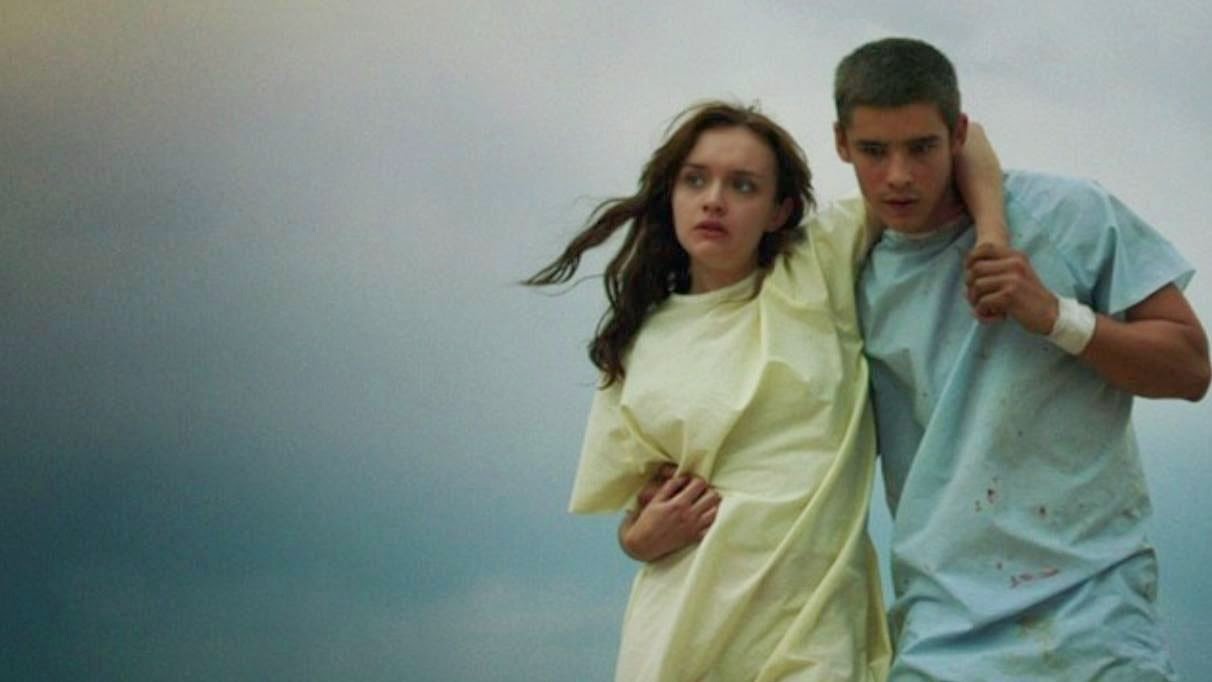 As Nic begins to make some small discoveries about where he is, where his friends are, and what happened to them, it becomes clear that there is much more to the situation than Damon is telling (assuming he knows anything at all), and Nic is remembering. What happens next is exciting and mind-blowing as Nic makes good his escape after realizing something profound has happened to all of them, but even with that revelation…he is not even close to prepared for the truth of what is really going on! Even though this film didn’t have a huge budget to work with, they made it work regardless. The character development at the beginning of the film makes it feel as though it’s another type of film than the science-fiction sleeper that it is. Once the weirdness starts, the entire tone changes and it’s this change that riveted me to my seat. 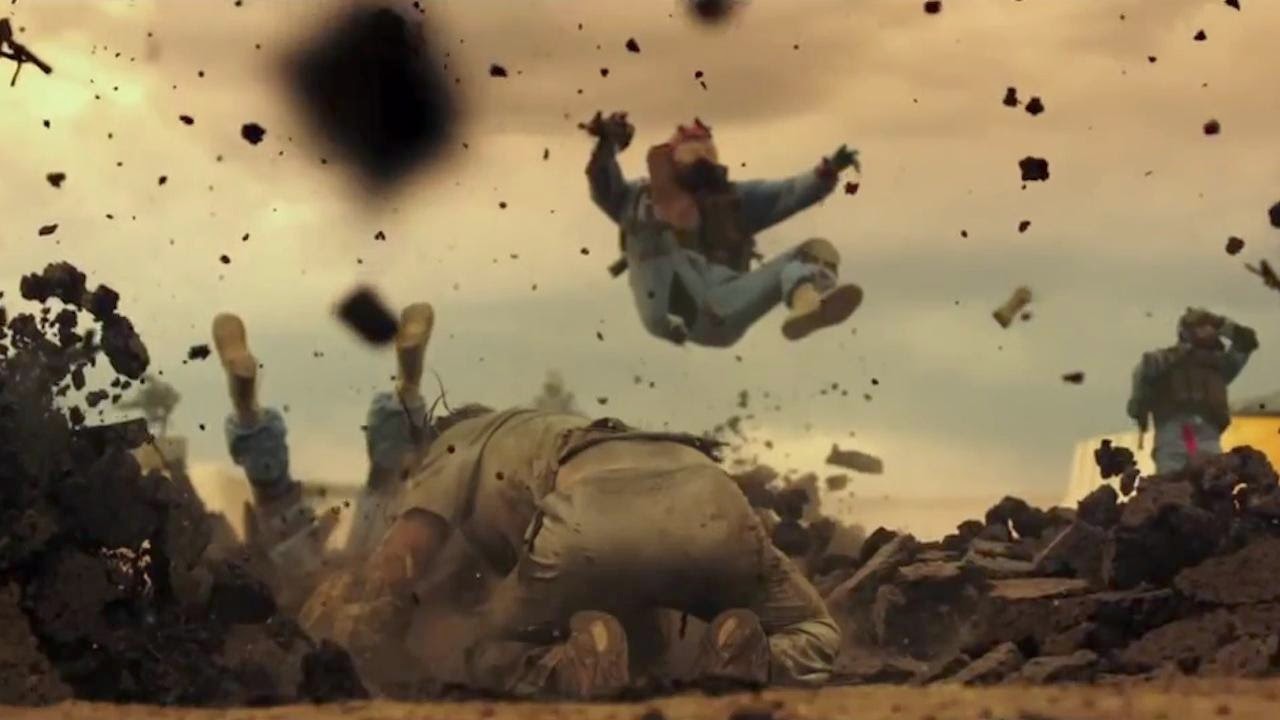 I’m not going to spoil anything for you about the story, but I will say that the suspense gets intense at times and the special effects (once they really begin) are pretty darn good considering the low budget. There were some parts that I absolutely had to replay (I watched it On-Demand) and thought to myself “this must be where all the money from the budget went.” That, and paying Fishburne.

I have to say that I did not see the ending coming the way it did and was very pleased to have been surprised. I really didn’t have any expectations before watching the film, not knowing anything about it beforehand, but I still had that feeling that it was better than I expected it to be when it was over. 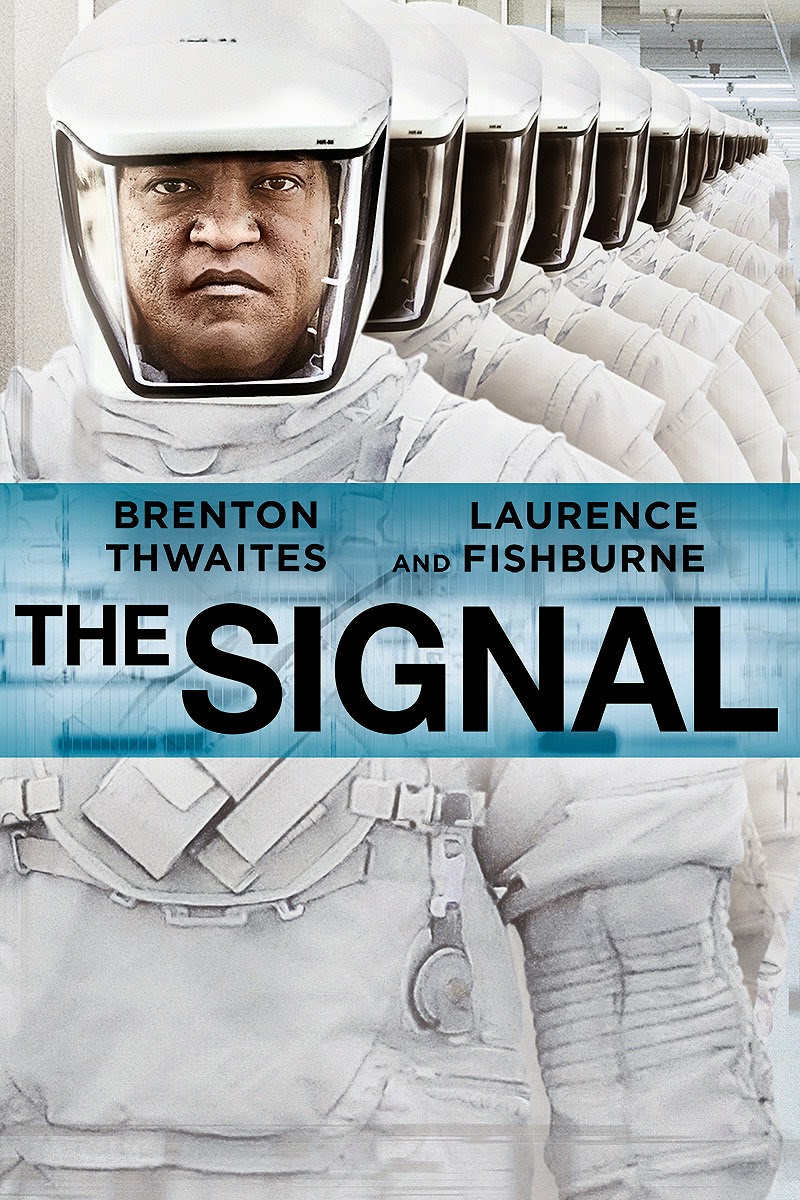 Science-Fiction is exactly my flavor, so this film was certainly welcome in my cup and the fact that the direction took it in so many places and solicited so many emotions gave it some extra zing. I didn’t track this film’s signal when it hit theaters, but caught up with the broadcast later…receiving it with three and a half spicy cinnamon sticks, out of five, in my cup.

http://theboxedoffice.blogspot.com
Posted by Dennis Kreative Idea at 3:25 PM No comments: 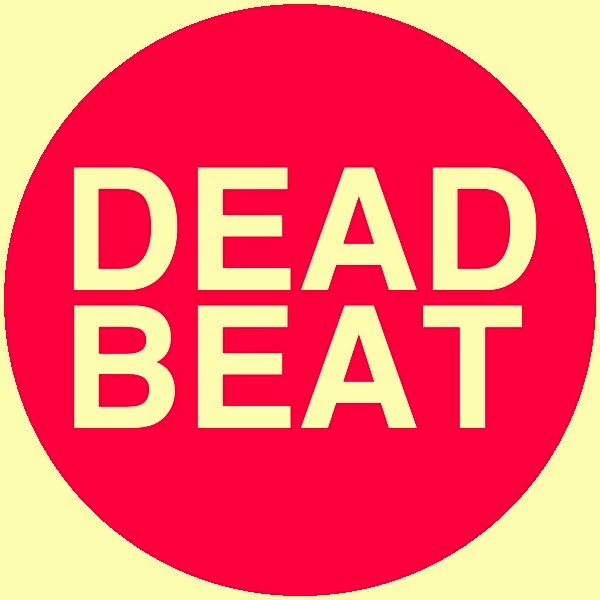 Don’t let the title fool you. Are deadbeat dads a problem in our society? Yup, they certainly are. However this post is not about those individuals that would call themselves “men” while shirking their known responsibility, nor is about the unfortunate circumstantial victims that have no knowledge of the fact they have passed on their genetic code. Nor is it about the men that are victimized by a woman unwilling to let a man be a father to his child. See…I don’t know anything about all that, so I won’t speak of it.

I was a father at 18 and upon finding out such news, there was never a question in my mind about what I was going to do. Not having even met my own father until I was in my mid twenties, I grew up with the mindset that real men are fathers. Now many years later I have raised four more children in addition to the first, and have learned enough to offer some insight into some of the challenges of parenting. I’ve tackled the question of parenting being a role or responsibility, discussed the different parenting philosophies of either being a teacher or Santa Claus, and even weighed in on the issue of spanking. So you see, I don’t know anything about being a deadbeat dad. 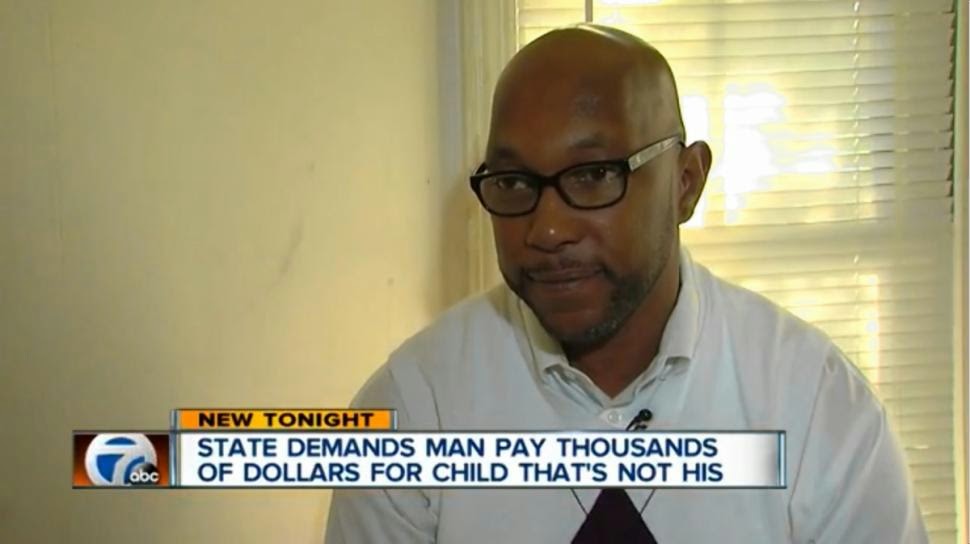 The tragedy I speak of comes from a recent story I came across that absolutely blew my mind. A man from Detroit, Michigan named Carnell Alexander has been accused of owing more than $30,000 in unpaid child support. I wouldn’t bat an eye at this if he were really a deadbeat dad, but the rub in all this is that he is not even a father!

The court system (such as it is) is telling this man to pay up the money or face going to jail. Now I’ve blogged about some of the madness that can come from the judge’s bench, and this is just another variety of it (although it always seems to involve fathers). It just seems as though nobody has enough common sense to figure this situation out…and then they (the government/court system) has the nerve to wonder why we (sensible people) don’t trust them. 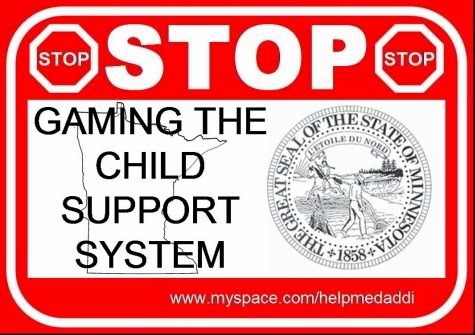 The mother of the child has admitted (on camera) she put Mr. Alexander’s name down because there had to be a name for the father in order for her to receive benefits from the state (I won’t even get started on this tomfoolery). DNA tests have confirmed, conclusively, that Mr. Alexander is NOT the father of the child. So tell me dear reader, what sense does it make to threaten this man with jail and poverty for a situation he had absolutely nothing to do with?

This is the child support tragedy I speak of. It’s tragic that this man is faced with such consequences when there are real deadbeat dads more deserving of this hammer. It’s tragic that we are governed  by such “brilliant” minds that can’t figure out who is really to blame and should be punished. I can only hope an innocent man is not victimized by the bureaucratic idiocy once again and he is afforded the chance to continue his pursuit of life, liberty, and happiness…such as it is in these troubling times.