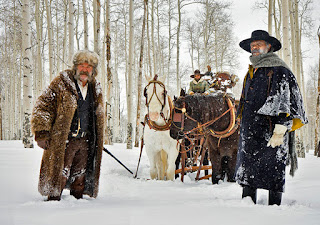 As far as I’m concerned, this was an all-star cast. 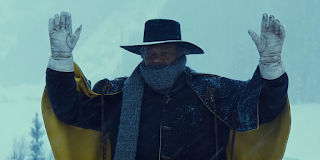 There shouldn’t be anything I can say about Sam Jackson that has not already been said. He is a great actor that brings his special brand of performance to all the roles he takes.

I’ve been a fan of Kurt Russell for awhile now and he plays an excellent role in this film, setting the tone of the movie early. Jennifer Jason Leigh, being attached to him (literally) only elevated her character even though the role did not require much of her (imo). 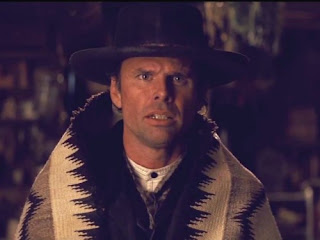 Walter Goggins is just one of those actors that isn’t really a headliner, but is excellent in whatever role he is playing. I think that is changing for him though cause with each role, he is building an impressive resume and this role certainly added to that.

Michael Madsen can be counted on to do what he does, and that is deliver great supporting roles. Tim Roth is one of those wild-card actors that is very versatile and can nail any role you put him in. He nails it in this film…as expected. 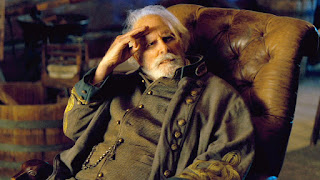 Set somewhere soon after the end of the Civil War, a stagecoach is crossing the winter struck landscape of Wyoming carrying infamous bounty hunter John Ruth (Russell) and his captive Daisy Domergue (Lee). Trying to stay ahead of an impending blizzard, the coach’s destination is the small town of Red Rock where Domergue will face justice for her crimes. 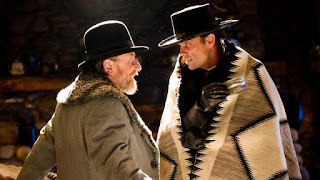 During their travel they happen upon another infamous bounty hunter, Major Marquis Warren (Jackson) in need of transportation before the coming blizzard arrives. Grudgingly assisted, it isn’t long before the coach happens upon a third soul in need of refuge, Chris Mannix, claiming to be the new sheriff of Red Rock…should he arrive.

With the storm bearing down on them, they cannot outrun it and must take refuge at a haberdashery along the way, owned by a woman named Minnie. 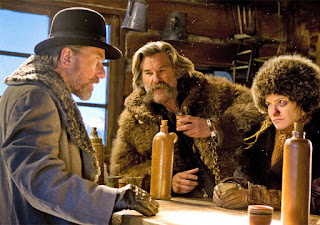 Upon arriving they are greeted by a host of characters, none of which are what was expected, but all of which have a secret that could mean the death of them all. What follows is a classic tale of mystery, suspense and violence delivered as only Quentin Tarantino can. 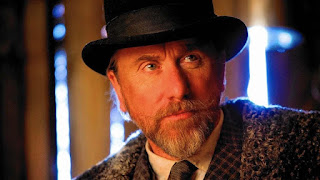 I consider myself a fan of Tarantino films since his big break through with Pulp Fiction. I have come to expect his particular brand of storytelling and this film did not disappoint in that regard. 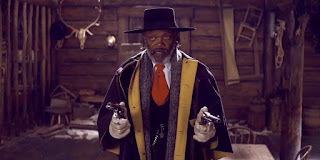 That said, I have found the trend of his most recent films set in and about the Civil War (or as the South calls it, War of Northern Aggression) era to be somewhat tired at this point. I fully understand the dichotomy of the era and thus the liberal use of the word n****r, but it is starting to feel like trend by Tarantino that is limiting his creativity and appeal. Tarantino can still draw the talent to his projects as evidenced here by what I have called an all-star cast, and they deliver as all-stars should.

Of course the film is not without it’s over-the-top gory moments, but like I have already said, It’s what you expect when you watch a Tarantino film. 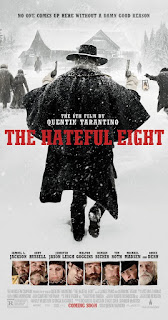 I wanted to like this film more than I did, but for some reason, it just didn’t move me as I expected to be moved given the weight of the cast and director. It was almost like watching an all-star NBA game where nobody really does any fancy moves, but you appreciate their interaction with each other. Coming away with that feeling can only soak two and a half cinnamon sticks, out of five, in my cup of tea.

http://dkidiscussion.blogspot.com/2014/04/for-flag.html
Posted by Dennis Kreative Idea at 1:36 AM No comments: 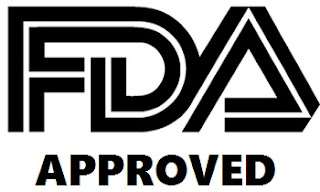 I’m shocked that in this age of information that is readily available and streaming out of every orifice, the words “FDA approved” actually still means something to anyone. What sort of security or peace of mind could those words possibly convey in light of the history of the FDA and the approvals they have issued?

I was recently at an event about Lupus, for support, and as I sat and absorbed the information given by many doctors about the different aspects of this disease, one of them touted FDA approval for some new drugs. Yes…”touted,” as in it really means something that the FDA will approve the use of a drug. 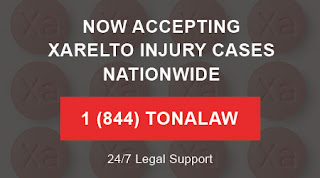 Anyone reading this and thinking in agreement with that doctor, let me turn your attention to the plethora of commercials (I know you’ve seen them) from law offices asking if you or a loved one has suffered or died from (insert drug here). You know the ones I’m talking about. Well…each and every single one of those drugs was approved by the FDA!

I have been wise to the corporate machine (yes, even the FDA is part of the machine) for awhile now. “Politics in Healing” was an eye opener for me after my mom passed away in 2000 and was my first introduction to the medical world as it really is, and not how I had liked it to be. I was neck deep in the propaganda fed to us by the media and had built a world view synonymous with the picture painted for me. 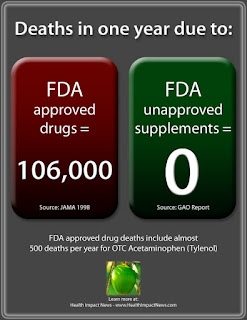 Fortunately for me I was able to leave the Matrix and was strong enough to handle the transition. Many are all too happy to remain ignorant and thus do so willfully. For example, if I told you over 100,000 people die from prescription medication each year, would you believe me, or continue to trust the approval of the FDA? There are many sources of this information available but if you’re a devout believer in the FDA, then believe them now (probably the closest they’ll ever get to telling the truth) as they post some numbers on their own site.

I have no doubt the numbers they give are scaled down because I know their history and understand their relationship with the pharmaceutical industry. Yes…I said “relationship.” See, when it’s a common practice for big time execs to retire from their company and go to work for the FDA (and vise-versa), what you have is a working relationship that really doesn’t work in the best interest of the people. 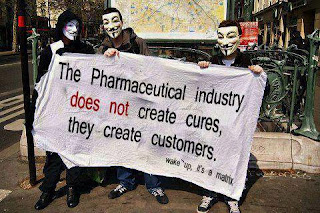 “Relationships between the FDA and the pharmaceutical industry have led to a “revolving door,” in which pharmaceutical executives go to work for the FDA, making regulatory decisions on matters affecting their industry and sometimes even their own former companies. When their time at the FDA is over, they go back to higher-paying jobs in the industry.” - The FDA’s Cozy Little Relationship

The words “FDA approved” have absolutely no meaning for me beyond the fact that whatever I’m reading those words on has gone through their “process” of approval. It doesn’t mean the product is safe, I don’t feel a sense of bolstered comfort, and it doesn’t sway me to use that product over one that that says it’s claims have not been evaluated by the FDA.

That’s just me though.

In the end, I would encourage everyone to do their own due diligence on the subject and make whatever decision they feel is right for them…because I can assure you someone else is doing it for you in your observational absence.

http://www.goodhealthinfo.net/cancer/fda_cozy_relationship.htm
Posted by Dennis Kreative Idea at 1:36 AM No comments: