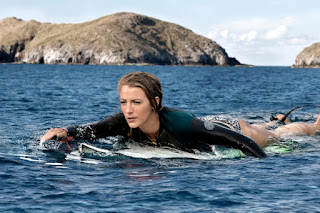 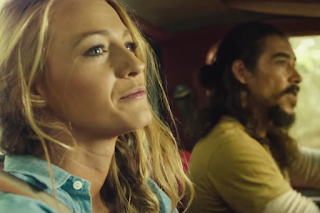 I enjoyed Blake Lively’s performance in her first top billed film, “Age of Adeline” and think she did very well in this film also even though the role called for her to be much more physical and display a different emotional range due to the context of the action.

Here she plays a woman named Nancy that has come to a secluded beach, once frequented by her late mother, to surf and enjoy some alone time as she gathers herself to determine what direction she wants to take her life. 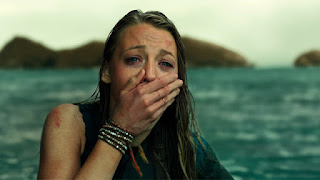 Lively does an excellent job of conveying her need to experience this secluded beach and what it means to her to finally be where her late mother once was. Throughout the film, Lively’s performance is enthralling which speaks volumes of her ability to perform her craft as she is effectively the only character in the film with any real substance. 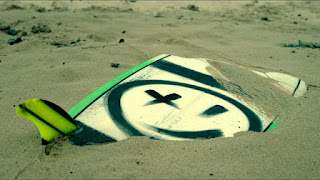 As stated above, Nancy has come to a secluded beach (the name is never revealed as if there is some mystery that needs to be solved) to unwind the only way she knows how to…by surfing. With her mother having passed, the beach is all the more significant to her since her mother also surfed the waves in this secret spot. 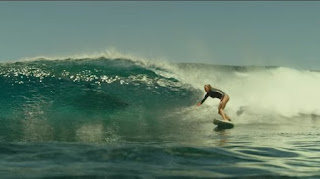 From the beginning Nancy is not alone as there are a pair of surfers already surfing there that seem to frequent the area daily. Nancy is a bit cautious at first but soon realizes that if there is some sort of threat, these local surfers are not it.

After the locals leave for the day and Nancy opts to stay out in the water for more surfing, things begin to take a turn for the worst. Nancy notices something strange in the water and decides to investigate. That investigation reveals a dead whale…but more importantly the predator that killed the whale is still in the area and has it’s sights set on Nancy as the next meal. 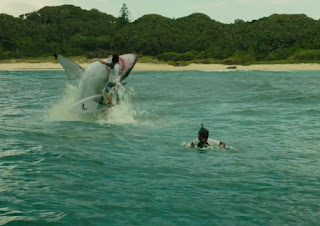 What follows next is not just a reiteration of a simple “Jaws-type” film, but a battle for survival that happens so close to shore that hope is never abandoned, but so fierce that tragedy is the only outcome that makes any sense…all happening on the edge of your seat! 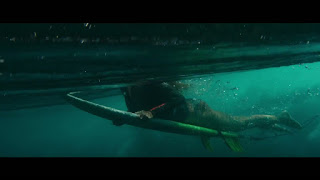 This film was better than I expected it to be as I thought it was only going to be some cheap remake of “Jaws.” However, the simple dynamic of this one woman versus this one shark in the shallows of a secluded cove made the film more personal and gave this small encounter a huge impact. 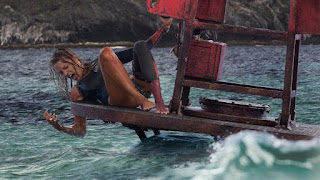 The shark in the film looks completely real and raises the hairs on the back of your neck as it terrorizes Nancy with it’s simplistic need to feed and the instinct to do whatever it has to do to get that done. Kudos to the special effects crew here as the shark is all CGI and at no time does it feel like we are dealing with a fake shark. 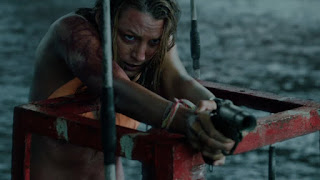 I like how the direction of the film keeps ramping p the suspense as the situation seems to keep deteriorating with no visible resolution in sight. Every temporary solution to the situation is made more temporary as the antagonist (shark) is absolutely relentless in it’s goal of making Nancy the cherry topping to his whale cake. 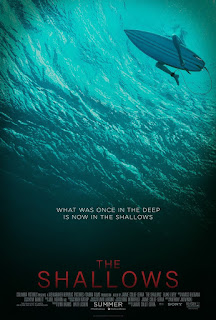 That said….I’m not an expert on shark behavior, but it did seem to me that the shark was more single-minded than is believable possible (seeing as it had a whole whale to feed on just a few yards from Nancy), but it was easy to look past this for the thrill of the hunt, and fight for survival.

This film was better than expected and kept me on the edge of my seat to easily soak three (3), out of five, cinnamon sticks in my cup of tea.

http://dkidiscussion.blogspot.com/2015/10/age-of-adaline.html
Posted by Dennis Kreative Idea at 9:35 PM No comments: 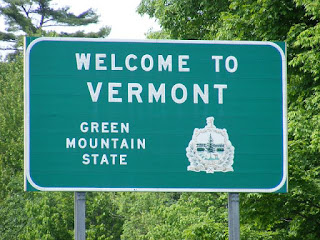 Planning a vacation can be stressful and expensive. Every year I probe my brain to figure out where to go that will be fun and relaxing, but not force me to mortgage my home to do it. You might be surprised to know (I was) that you need not travel around the world or cruise the ocean to find wonderful places you have never really been, or do exciting things you have never done before. Sometimes adventure and relaxation is right around the corner…or in your backyard, figuratively speaking.

Living in Massachusetts, Vermont is my “backyard.” Now some of you reading this might have a certain impression of that state (as my daughter admitted to after we got back...that her impression was way off), but trust me when I say there might be a lot more to it than just mountains and woods (although the mountains and woods are absolutely majestic at times). 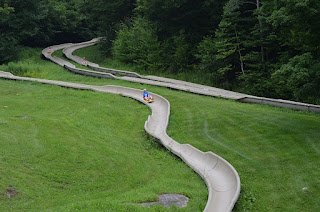 I started off my vacation with a trip to an amusement park (yes, Vermont actually has one, sort of). Bromley hosts Vermont’s Summer Adventure and it’s what happens when you turn a mountain for skiing into a fun park in the summer. Without going into all the details I’ll just say it’s fun to go down the mountain on a sled gingerly married to a track (although I left quite a bit if skin on said track), and I retained my crown in mini-golf. 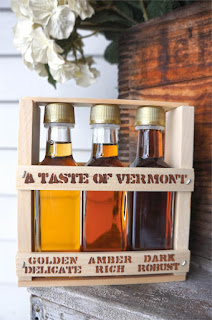 I ended my vacation with trips to a couple of cheese and maple farms that had more varieties of cheese and maple syrup than I ever imagined were possible. Seriously….some of the combinations were so far off the wall they hadn't even made it to the floor. That said, most of them tasted absolutely fantastic, with a few that either gave you the stank face, or were so hot and spicy that they turned all the soft tissue in your mouth to ash. 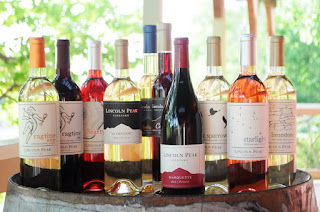 In between the beginning and the end of vacation was a plethora of trips to the local wineries and brewing companies. Let me tell you….wine tastings are one of the best kept secrets in the world. For a few bucks you get to sample some really good wines, and when I say “good,” I mean great when it comes to alcohol percentage by volume! The beer was the same, although there are less breweries than wineries, I particularly recommend Magic Hat Brewery. The free guided tour ends with samples of their beers…and it should go without saying how that ends (wink).

Vermont being big on their local food and drinks, has many places to get some excellent food…native to the region, that you really can’t get anywhere else. Even the Cabot Cheese factory has flavors of cheeses that don’t seem to make it across the border, and they are a big company. 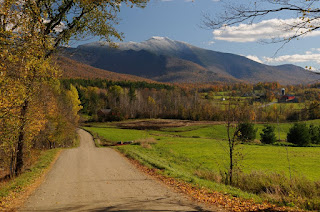 I am no stranger to Bennington VT, having been there numerous times throughout the years, but I must say traversing the rest of the state and exploring all the beauty and hospitality (seriously, the people are some of the nicest anywhere) was one of the best vacations I have ever taken.

Now….not everyone reading this will go to Vermont (although I expect some to actually trust me on this and make the trip), but the larger point I am making is that no matter where you are, perhaps a great time of fun and relaxation is just the next state over and with some meticulous planning and a few hours of driving, you can have one of the best times of your life.

http://dkidiscussion.blogspot.com/2016/06/isnt-there-enough-pizza.html
Posted by Dennis Kreative Idea at 11:27 PM No comments: