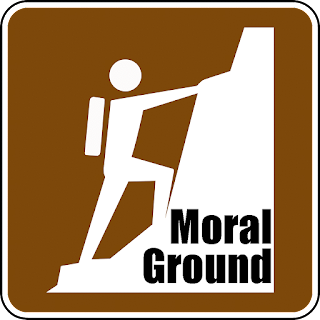 Politics in America have become more divisive and polarized than I have ever witnessed in my lifetime. Granted I’m not an old man, but Trump is the eighth President that I can actually remember, so I’ve seen my fair share of politics. We have all heard disparaging jokes about politicians, they rank right next to the jokes about lawyers. It’s probably more than coincidence that a lot of people in politics are also lawyers. These days though, the jokes have given way to visceral scorn as it seems the nation is struggling with what the moral high ground is…and where it can be found.

Political association has become tribal and very primitive. It seems as though higher reasoning is something to aspire to have, instead of a given as the norm. As I sit here squarely in the middle, I chuckle at how each side thinks they are right simply because they occupy their side. I stop chuckling when I see the depths of depravity each side stoops to in their quest to claim a higher morality over the other.

If it hasn't been explained yet…you can’t claim the high ground while digging a trench.

It’s discouraging to see my country spiral into the abyss simply because people are choosing to abandon their personal moral compass in favor of upholding their tribe. Politics has become the arena of cowards, where courage is plentiful when the enemy is the other tribe, but nowhere to be found when your own tribe diverges from decency and truth. 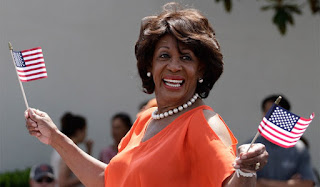 Take for example this latest situation with Congresswoman Maxine Waters calling on the public harassment of White House officials in their private life. Every Democrat that is asked about this should immediately say it is not right. To watch Democrats filibuster about the frustration and causes of her outburst without ever quantifying that exciting mob harassment is wrong, is sickening.

In case you haven’t gotten it yet…don’t defend your party at the expense of upholding decency and your own personal morality. 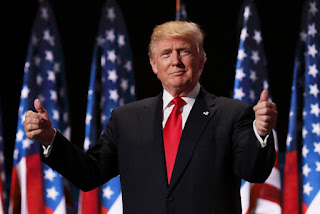 Leadership starts at the top. Without question, the President sets the tone of the country and certainly his own party. The hypocrisy of Trump ever trying to check someone else on civility, decency, and truth is epic. He can cry “fake news” until he’s blue in the face, but it won’t erase the facts. What has been erased though is the moral compass of every Republican that will readily call out a Democrat for being Trumpian…but won’t stand their ground, the moral high ground, against Trump.

In case you don’t understand…accomplishments are not free passes for bad behavior. Defending incivility and indecency at the expense of your personal integrity for the purpose of keeping your party in power is probably the most un-American thing you can do.

Neither party can claim the moral high ground because neither party even understands what it is. All they seem to understand are their own tribal talking points and avenues of attack for their opponents. All they understand is political warfare, and take no responsibility that the American people are the collateral damage. A society as divided as ours is becoming, is a society in peril and on the brink of ruin. 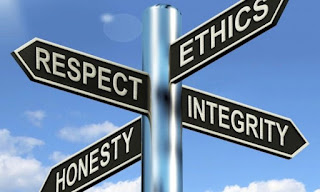 If you haven’t figured it out yet…the moral high ground is staying loyal to truth, not rhetoric…staying true to decency, not poll numbers…and staying civil while calling out incivility wherever you find it. The only place you can find the moral high ground is within your own heart. People should be choosing their hearts over their political affiliations, no matter the cost.

Now that you know what the moral high ground is and where to find it, you need to choose if you really want to claim it. If you're not willing to climb, you're never going to rise.
Posted by Dennis Kreative Idea at 8:32 PM 1 comment: