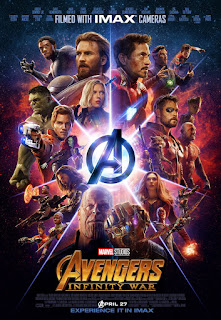 It was not my intention to write a film review this month (even though this is not one in the traditional sense of how I do them here). In fact, I had a completely different subject I wanted to delve into that really needs more discussion by everyone. That said, I have seen “Avengers: Infinity War” twice already with more viewings looming in my future, so I’ll save the serious discussion for next month and jump into defending my assertion the title of this post claims.

Let me state clearly that being immersed in pop culture as an avid comic book collector, I’m biased. If you’re the type that thinks “Driving Miss Daisy” is one of the greatest films ever…don’t even set foot into the theater to watch Infinity War. I respect that people have different tastes in films. I understand some folks prefer a specific type of film (comedy, romance, historical, etc.). I get all that…and so what. My thing (and you don’t have to agree) is anything that entertains me. To me a great film is any film that moves me in a significant way from where I was when I started watching it. The greatest of these films encompasses something for nearly everyone and has a balance (as all things should) of action, drama, and comedy. 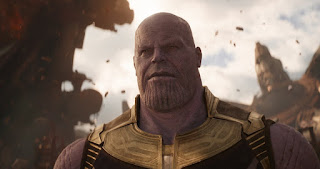 Infinity War is just such a film…perfectly balanced (as all things should be) in delivering tons of action, barrels full of laughs, and enough drama to satisfy any queen.

Even if you are not onboard my biased train and think this is not the best film ever…many have already consented that it is the best super hero film ever. I suppose we’ll have to wait and see if the financial numbers hold up with “Black Panther” (I doubt it) but money has never been a measure for me of a great film since there have been a lot of financially successful films I regard as trash. 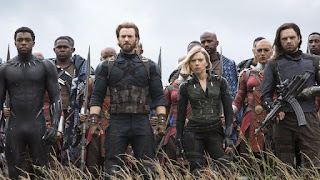 Regardless of where you are with all of this, there is no question that Marvel Studios has done it again. Not only have they put together another masterpiece, but they have set the bar on how to do a great film with a HUGE cast of beloved characters, and done so without taking anything away from those characters. This is an example that needs to be understood by Warner Brothers, but will likely continue to be ignored as they remain dead set on not cashing in on the success of Marvel.

Marvel was always on the right track by introducing their characters to us via their own films. They let the audience grow and evolve with the characters so that by the time we get to this third Avengers film, we have already had three Iron Man films, three Thor films, three Captain America films, two Guardians of the Galaxy films, and one film each of Hulk, Doctor Strange, Spider-Man and Black Panther. This all without counting the two Avengers films…because in this third film we get everyone together (with a few exceptions) including supporting cast! 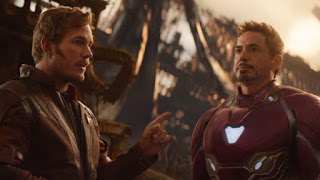 Unlike the Justice League film…we know the characters in Infinity War and care about what happens to them since we have grown with them since 2008. In contrast, the journey from “Man of Steel” to “Justice League,” though entertaining…just isn’t on the same level as the MCU.

If you haven’t seen “Avengers: Infinity War” yet and care about the content as it relates to your own entertainment…stop now (but you’ll miss the final element to what makes this the best film ever) 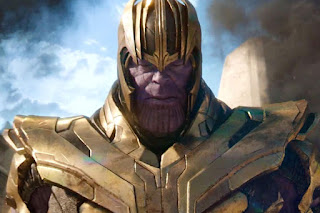 There are very few films that dare to challenge the audience by smashing the age old belief that the good guys always win. “Skyline” did it and I thought it was an excellent twist. “Star Wars:The Empire Strikes Back” did it and was one of the greatest science fiction films ever. Add to this list “Avengers: Infinity War”…and understand why when the film ends the audience is left in “dead” silence, and completely stunned.

I have never seen so many people traumatized by a film…and I have never enjoyed such a reaction so much. I’ll admit the first time I saw the film I was the only person laughing at the end, but I was also probably the only person rooting for Thanos from the beginning. I would say he is the best villain of all time (somebody give Josh Brolin an award), except I take issue with applying the term “villain” to Thanos…but that is a discussion for another post. 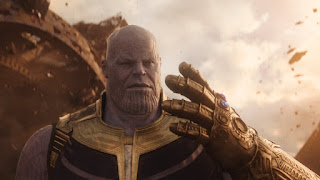 I can only hope that in Thanos succeeding in eradicating half of the universe (or should I say balancing to bring paradise)...Iron Fist was fortunate enough to be whisked away into nothingness. Now that would truly make this the best movie ever!

Posted by Dennis Kreative Idea at 8:51 PM No comments: