A Snapshot in Time

We never know when we are on the cusp of events that will shape the future, or be that point in time where we can point to as that moment that “changed everything.” Every now and then we need to take a snapshot in time so that we can reflect to quantify if these were indeed the moments, we had no idea were unfolding. 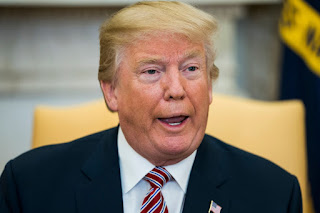 Now some may say that the very election of Donald Trump as President was a watershed moment, and it would be hard to argue…but there is much more happening after the fact that might later be looked on as having historical significance. The current scandals plaguing the President are the subject of today, but how will they be looked on tomorrow?

With a rash of women coming out making claims of sexual relationships and misconduct, the headlines are dominated by our human curiosity of our human nature. Now…I’m not too certain these claims will amount to any more than to cement the fact Trump puts his pants on one leg at a time like the rest of us, but I do know there is a fundamental difference between his scandals and that of Bill Clinton, namely that all of Trumps accusations are said to take place before he was in office, not in the oval office.

Perhaps this will all “blow” over and be forgotten, or perhaps he will make the same mistake Clinton did and lie about the situation. After all, people forget Clinton was impeached because he lied, not because he had an extra-marital affair. Given that Trump has a continuous war with the truth, the odds are not in his favor…but time will tell. 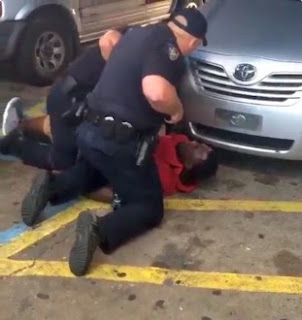 Anyone that is a regular reader of this blog knows the police have been the subject of a few posts. Apparently the right people have not been reading them since we seem to have more of the same when it comes to police conduct, or lack thereof. The officers responsible for the death of Alton Sterling have been found innocent of any wrongdoing, despite the President himself remarking during his candidacy, that the cops obviously needed more training and the situation reflected very badly on them.

Watching the discussions on this and seeing people remark how Sterling was on drugs, would not comply, and had a gun in is pocket just doesn’t seem to cover the entire issue because they completely ignore the climate that has been created by the constant exoneration of cops, regardless if they are right or wrong. How many videos of people complying with police and still being brutalized do we need to see before its understood that for Black people, an interaction with police is a life or death situation…no matter what you do? 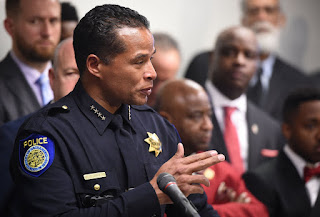 Stephon Clark is the latest victim of the police, specifically Sacramento PD. People can say that running from the cops was the problem, but who does not run from that which you think is trying to kill you? That segment of America that only see police as protectors simply refuse to understand how another segment of America see them as hunters, sanctioned by those in power to execute whomever they want to.

If you are not seeing the disparity in police behavior when a white person can shoot up a church or a school having confirmed kills, yet every effort is taken to capture them alive, but a black person that hasn’t killed anyone is quickly shot and killed…then you are being willfully ignorant, and are part of the problem.

The hottest topic of the day, by far, is gun control. With the rash or recent school shootings, young people all across the country are leading the way to gun control reform by having their voices heard, and promising to have their votes count when they come of age.

Politicians want to be re-elected, regardless if they are doing a good job or not, and you can bet that if their jobs are threatened, they are going to listen. My question is what is the message and is the answer as cut and dry as banning some guns?

There is no question that improper enforcement of the current gun laws had a hand in facilitating the recent tragedies. So shouldn’t the first step be to enforce the laws already on the books? Shouldn’t the next step be to make the children safe in school? Nobody wants to go to school with metal detectors at the doors, but if those detectors and school police keep the guns out, shouldn’t they be installed? Obviously we probably need more stringent laws and the enforcement of such, to keep guns out of the hands of unstable people, but it seems to me that we skip a few logical steps on our way to infringing on the rights of others that actually obey the law. 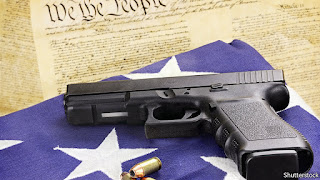 I’ve heard the argument that the AR-15 is not used for hunting, but is only used to shoot other people…and that there is never a need for that. Well, if the 2nd Amendment was made to arm the people against the tyranny of their own government, then I sincerely hope there will never be a need for citizens to own such a weapon. That said, to assume such a time will never arrive is to ignore the lessons history has already taught us.

The debate on guns is a complicated one, but being fired up on one side or the other and not trying to understand each other will make progress slow, if it happens at all.

https://en.wikipedia.org/wiki/Shooting_of_Alton_Sterling
Posted by Dennis Kreative Idea at 11:33 AM No comments: