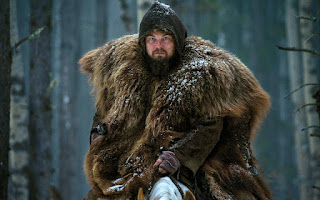 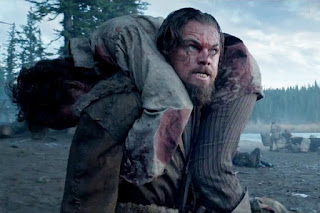 What I can say about Leonardo DiCaprio that hasn't already been said? He has been nominated for and won nearly every award there is…because he is among the best at what he does. This film is new ground for him as it is his first role where the bulk of it is done without speaking. The fact that Leo has won Best Actor for a role he hardly spoke in, speaks volumes about his ability to convey emotion and connect with the audience with his craft. 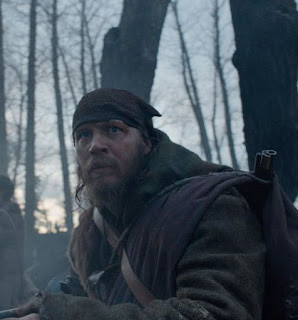 I’ve said it before and I’ll say it again, Tom Hardy is an excellent actor that always delivers great performance. This holds true in this film as Hardy is excellent as John Fitzgerald, a trapper that kills the son of Hugh Glass (DiCaprio) and is generally a guy hardened by a hard life…that gets harder with each bad decision he makes.

The Plot:
Set in the 1800’s, the American frontier is a dangerous place to be. Beset by Native Americans, the harsh terrain, and wild animals, being a trapper is not a profession for the weak. 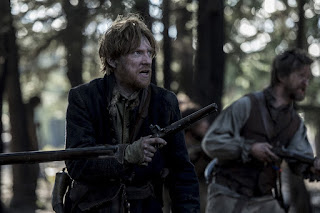 Hugh Glass (DiCaprio) is certainly not weak and is the expert guide for an expedition to bring furs back for trade. Having raised his half Native American son by himself after his wife is killed, Glass is no stranger to hardship and loss.

Things take a turn for the worst when, after being attacked by Arikara warriors and on the run, Glass is mauled by a bear. Thinking he will not survive the trip home Captain Andrew Henry (Domhall Gleeson…from one of my all-time favorite films) asks for volunteers to stay with Glass and give him a proper burial after he passes. 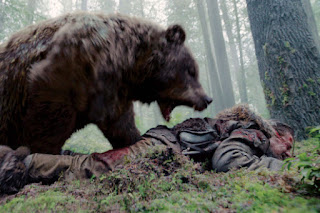 Fitzgerald is one of those willing to stay but during the course of the agreed upon task, Fitzgerald decides to speed the process up for Glass, but is interrupted by his son Hawk. In the ensuing argument….Hawk is killed, and what happens next can only be described as one of the most incredible stories ever told. 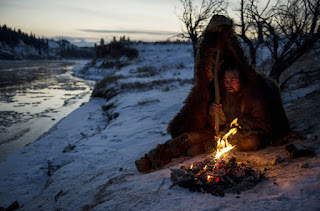 From the very beginning this film is incredible as it sets a tone of unrelenting danger and never ceases the assault.

Even though the film takes some rather large liberties as it departs from the facts of the true events it is based on, the story is still an incredible one and the delivery by the cast coupled with the cinematography and special effects kept me glued to the screen. 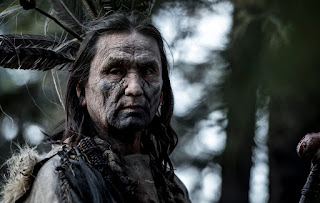 Everyone talks about the bear scene, and with good reason. I will just say that I’m a person that can stomach a lot of gore, but the realness of the scene and the knowledge I have about what a bear can really do to a person, had me cringing at the thought that Hugh Glass really endured such a thing. 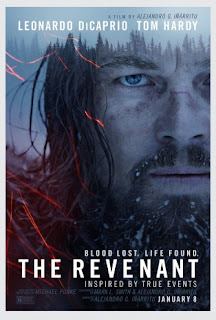 I was very impressed with the decision to use First Nation people in this film. Too many times it seems ethnic people are passed over for roles depicting their ethnicity. Kudos to Duane Howard and Melaw Nakehk’o on their introduction to film and delivering great performances.

This film deserved all the awards and accolades it has gotten…and will now get one more as it was certainly my cup of tea, easily enduring four out of five cinnamon sticks.

Posted by Dennis Kreative Idea at 12:55 AM No comments:

Do We Have a Parasite Problem…? 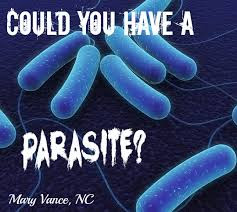 It’s a fair question to ask since the subject almost never comes up when going to the doctor to deal with illness. Unless you have recently traveled to a country flagged as one of those which people most often return from with parasites, you will likely be diagnosed with something other than a parasite…and get  all the drugs for treatment associated with that diagnosis.

Let me be clear before I continue….this post is not a rant against doctors, or even the medical machine in general, but more of me just opening your eyes to something you may be sleeping on which might be causing you a world of health problems.

I usually provide some links at the bottom of my posts that are relevant to the topic being discussed, and I implore you to look at them because the information could very well be the difference between misery and a healthy life. 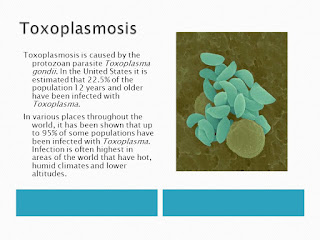 Many of the conditions people routinely suffer from (joint pain, chronic fatigue, Lupus, etc) could be the result of parasite infestation as it is estimated that at least 50% of the world’s population is infested with at least one parasite. It get’s worse though:

“ A number of doctors who now believe that parasites are implicated in a number of the diseases which plague modern society, such as cancer, AIDS and Crohn's disease. A recent study of over 400 chronic fatigue immune deficiency syndrome (CFIDS) patients in New York revealed that an incredible 93 per cent had some form of parasitic infestation (J Nutritional Med, 1990; 1: 27-31).” 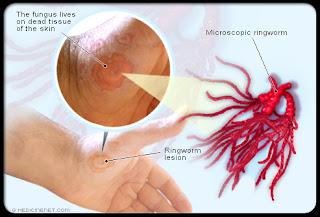 If these statistics are to be believed, then why are doctors not diagnosing parasites more often? Well…the medical establishment has treatment protocols doctors must follow for diagnoses based on symptoms and conclusive (and sometimes inconclusive) results. It’s much like when my child once had ringworm and the doctor had to prescribe a medication that could cause liver damage…a potentially fatal situation, for a problem that was not. 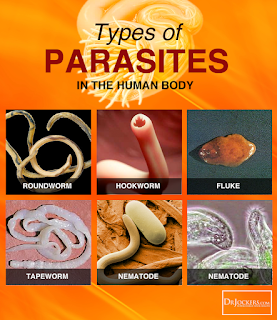 There are protocols for parasite diagnosis, but getting the diagnosis from the beginning is were they drop the ball since the majority of doctors do not consider searching for parasites as a first option in treatment. Even if the medical machine’s protocols called for more attention to this, not only do most doctors have no experience or training in parasitology, but symptoms for parasite infestation mimic symptoms for a plethora of other diseases. A misdiagnosis could lead to powerful drug prescriptions that further exacerbate the parasitic infestation. As if the parasite isn’t doing enough to ruin your health, you then have to contend with medication that you don’t need, with side effects you need even less.

Getting a parasite is as easy as breathing. Yes…there are airborne parasites! You can also get them from the food you eat, water you drink, pets, sexual practices, etc…the list is extensive. Let’s face it, your daily routine is probably opening you up to many opportunities for infestation, so prevention is going to be hard (but not impossible). Treatment is another story though. 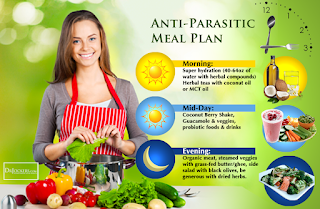 If you rely on the medical establishment to treat your parasite problem, you will have to endure toxic drugs (assuming you even get to that point) that are likely to harm you as much as the parasites. I personally prefer a more natural approach to this very natural problem.

Don’t sleep on this…and cleanse your body of parasites immediately, and periodically.

Posted by Dennis Kreative Idea at 10:15 PM No comments: