Caught Behind A Subaru

Life for me is a constant series of interesting observations. Many of them serve no purpose except to entertain my short attention span, but I occasionally make a few that make me contemplate the possibility that there is something more profound to what I’m observing. A frequent venue for my observations is the wondrous world of traffic. Since I spend a lot of time in it, it’s only logical. My latest observation took place behind a Subaru.

I hate being behind a Subaru. I‘m an aggressive driver, always more interested in getting where I’m going rather than spending the time trying to get there. I see empty stretches of road as places I need to be, that need to be used, that the rubber in my tires can express the joy of physical contact. So trust me when I say that being behind the driver of a Subaru is counter to this mindset. Let me apologize in advance to all my friends and family...in fact, any reader of this that drives a Subaru. This post isn’t personal...or should I say, not an intentional personal attack. 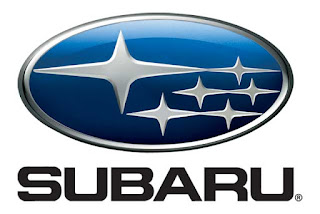 I think it’s important to understand what Subaru means. Perhaps this might reveal why a certain cluster of people are drawn to drive one. "Subaru" is the Japanese word for the star cluster Pleiades that is depicted in the Subaru company logo. It also means "unite" in Japanese. Hmmm...now how does this relate to the driving style of those that choose this brand of vehicle? Oh wait...they all drive like they are really looking up at the stars instead of at the road!

Maybe it’s me. Perhaps I’m deficient and need to sing “I Feel Pretty” when driving. Always one to entertain every possibility, I’ll make sure I pick up Jack Nicholson on my next trip, for encouragement. However, perhaps it’s not just me. Perhaps Subaru drivers really are the most passive people to ever get behind the wheel. Maybe they really have nowhere to go...and every drive is a Sunday drive. I don’t know, I’ve never asked...but I have made some interesting observations.

The speed limit is a stone tablet with the acceptable speed engraved in it, that constantly smashes the windshield of the Subaru driver. This ensures they don’t go even one mile per hour more over it. 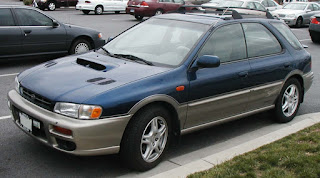 Subaru drivers are avid readers, and find license plates particularly interesting reads. This explains why, no matter what the circumstance, they always allow other vehicles to cut in front of, or continue ahead of them.

Turning on red isn’t an option for a Subaru driver, like the rest of us. There is a secret code of conduct punishable by death if violated. This explains why they never, ever, turn on red.

An addendum to the speed limit is the rule (presumably also punishable by death) that states they MUST drive the prescribed speed limit in the left lane, and must never, ever...move into the right lane so that faster traffic can pass. 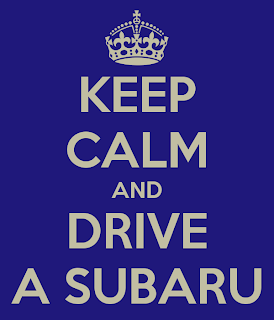 Yes...it seems Subaru drivers are indeed united...and stargazing is the perfect compliment to driving in traffic. I know, I can hear you now “Subaru drivers are the safest drivers” but how safe do they make the road when they have everyone trying to pass them...and dreading having to be stuck behind them? How safe are any of us if the unwritten rules of the road are never written...and thus never followed?