The Guns or The People 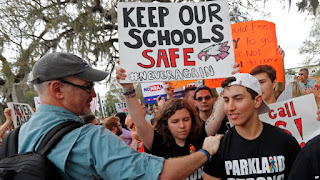 It’s a sad day when this debate has to actually happen, but in the wake of all the recent school shootings, this is a discussion that absolutely has to happen…and something needs to be done sooner rather than later. Some people see the problem as having a very simple solution, but anyone honestly looking from all angles can see that it is a bit more complicated than any simple solution offered.

Children are being killed and it has to stop. I don’t care what side of the argument you fall on, this has to be the starting point for any real discussion. The problem is how you stop these tragedies from happening. On one side there are those that say restricting the ability for anyone to own the type of gun being used most (the infamous AR-15) will save lives (and could have already saved lives had it already been banned). Looking at this logically, imagine the AR-15 was already banned…then every child that has recently been killed by one would NOT have been killed, by an AR-15. Looks like a real simple solution. 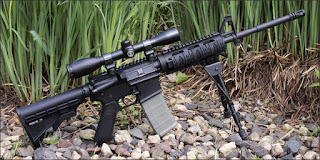 It’s tough to argue in opposition to this specific line of reasoning since removing the exact weapon used from the equation actually changes the equation. But…what does it change the equation into? Do these children still die from another type of gun (as has happened in other school shootings)? Do they die by other means since any person determined to kill will find a way? Do they not die at all? These are all interesting questions that don’t change the real probability that without the availability of the AR-15, our children would be (or would have been) safer.

On the other side, infringing on the rights of law-abiding citizens for the actions of those that break the law doesn’t seen at all fair, or logical. People use cars to intentionally run other people over all the time, yet nobody calls for all cars or the specific types of cars used in these crimes, to be banned. You can take any object and insert it into this equation and it will never make sense to deprive everyone of the object. 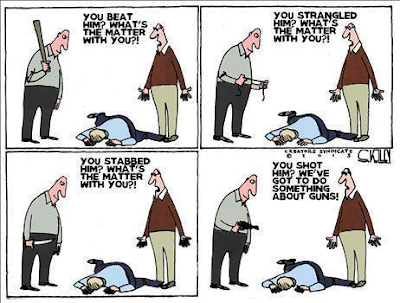 So perhaps the question should be how we keep our children safe without infringing on the rights of our citizens? Can we even do it? If all guns were banned and out of the hands of the populace, would that make our children complete safe? Probably not. Would that make them a bit safer than they are now? Absolutely. So why aren’t we doing that?

We aren’t doing that because it would violate the 2nd Amendment of the Constitution. That amendment provides for citizens to protect themselves from other citizens as well as a government gone awry. So what’s really happening here is we are weighing those rights against the lives of our children. We are setting up a discussion where we have to choose the guns or the people…but is it really that simple? 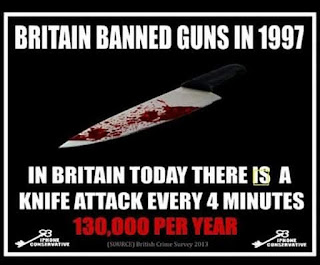 Britain has successfully deprived the general populace of guns, and have a stabbing problem you wouldn't believe. Take away the guns, and the people use knives. Take away the knives…and what will they use next? Could it be the issue isn’t with the weapon of choice, but the mind using the weapon? How do we legislate behavior beyond having laws that clearly define what is acceptable behavior and what is not? Despite these interesting questions, I think it’s safe to say that a lot more people would be killed and injured had those knives been guns instead.

People kill other people by any means necessary and although we all say it has to stop, we should all be intelligent enough to realize it will never completely stop. However, that doesn’t mean we should not take all the steps we can to minimize it as much as possible. You have to ask yourself…would you want to live in a society with no freedom, if it meant that no child were ever killed by a deranged mind? What parent would not to give up everything for the safety of their children?

It leaves us with a lot of questions we need to answer for the safety of our children and the foundation of our nation. It leaves us having to balance freedom and safety…in a world becoming less of both. God help us all.
Posted by Dennis Kreative Idea at 12:23 AM 2 comments: