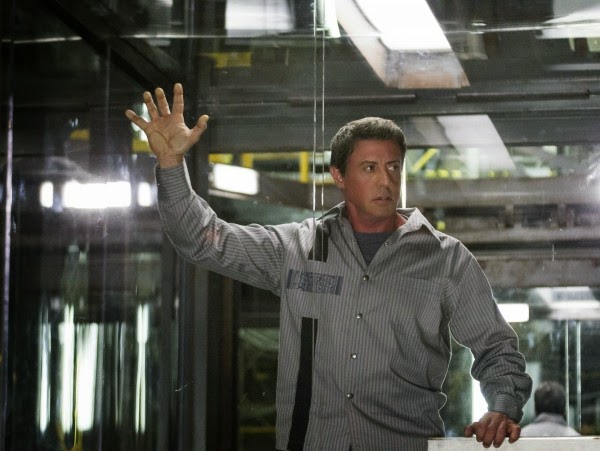 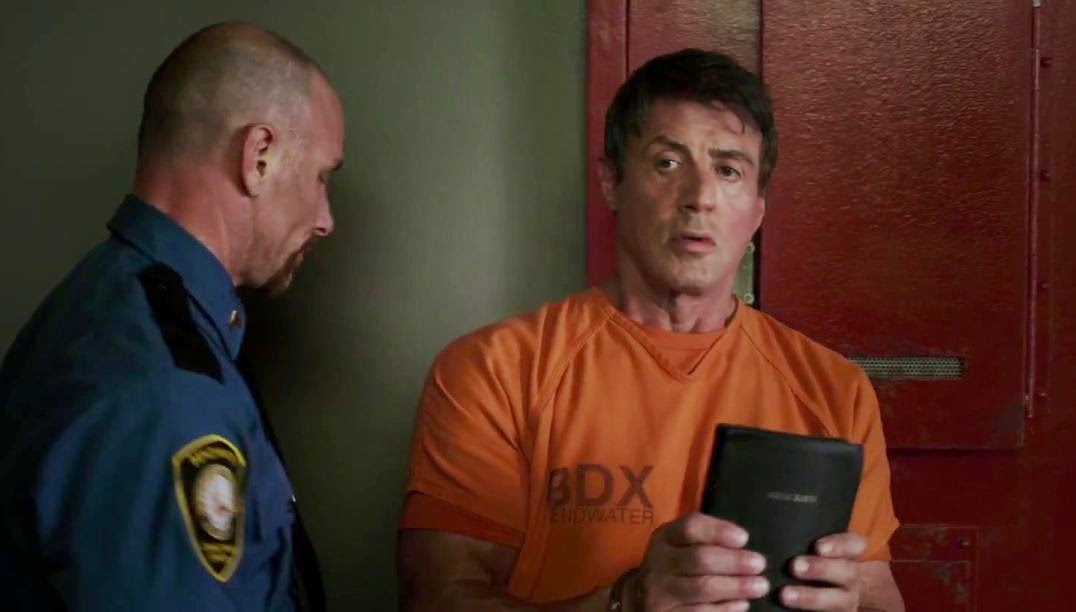 Sly Stallone has been the pinnacle of “the action star” for a very long time and as he’s gotten older he’s been more thoughtful in how he characterizes himself in these roles. At least he did in this film. There was more depth to his character here and I think it was by design as the point was not to just be inundated by gratuitous violence, but to understand the motivations and machinations of a character that can throw down, but uses his brain as the first line of offense. This is what he delivers in Ray Breslin, a man that makes his living on testing the security of prisons by escaping from them 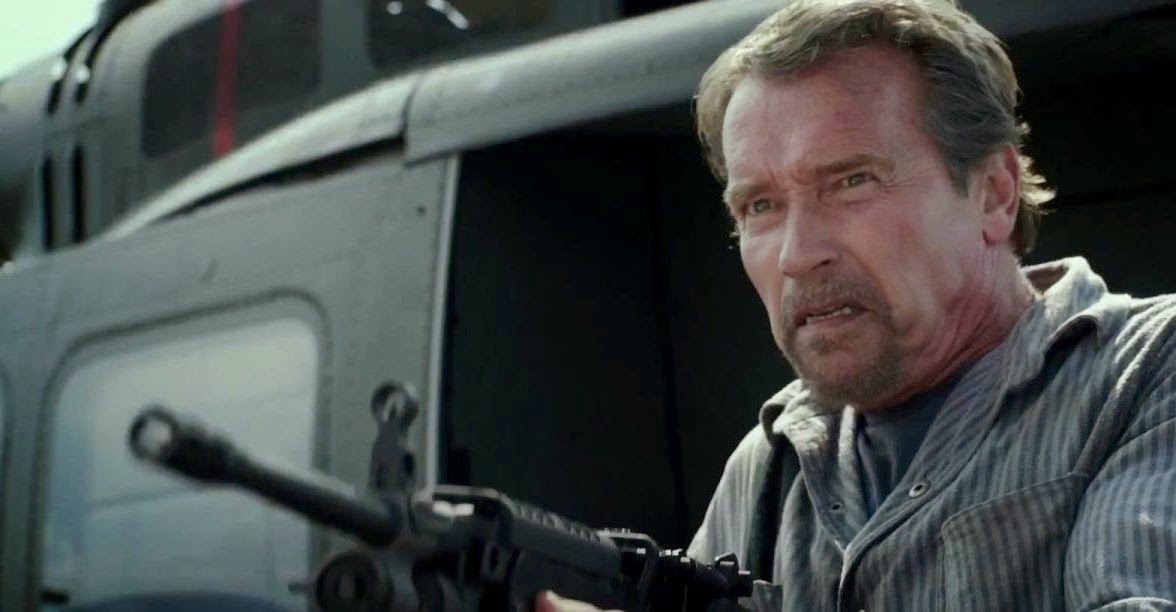 Arnold is in the same boat as Sly, but not necessarily rowing in the same way. He too is the consummate action star that isn’t escaping the reality of age and in this film, although he can’t totally capture the vigor of his youth in this role, he does give us some very familiar looks at the Arnold of yesterday. He also shows us that his character Rottmayar, is not to be underestimated just because he can physically give as good (or better) than he gets. An inmate being kept until he delivers information to the warden (Hobbes), he is more than he appears. 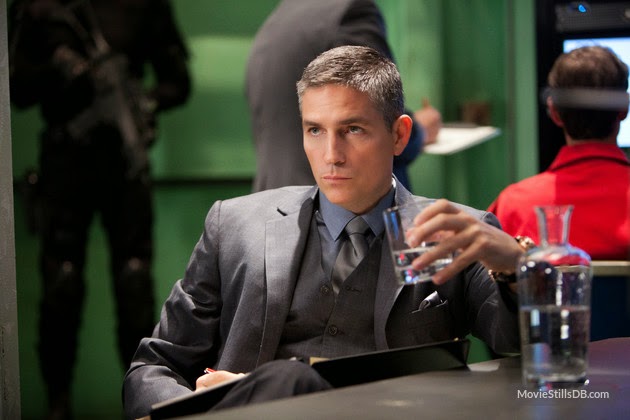 Jim Caviezel is very good as a bad guy, and he should really do it more often. He can deliver a very sinister and sadistic side that is both convincing and menacing. Here, in his role as Hobbes, the warden of an illegal ultra-max prison, he shows the levels of which absolute power can be so absolutely corrupting. 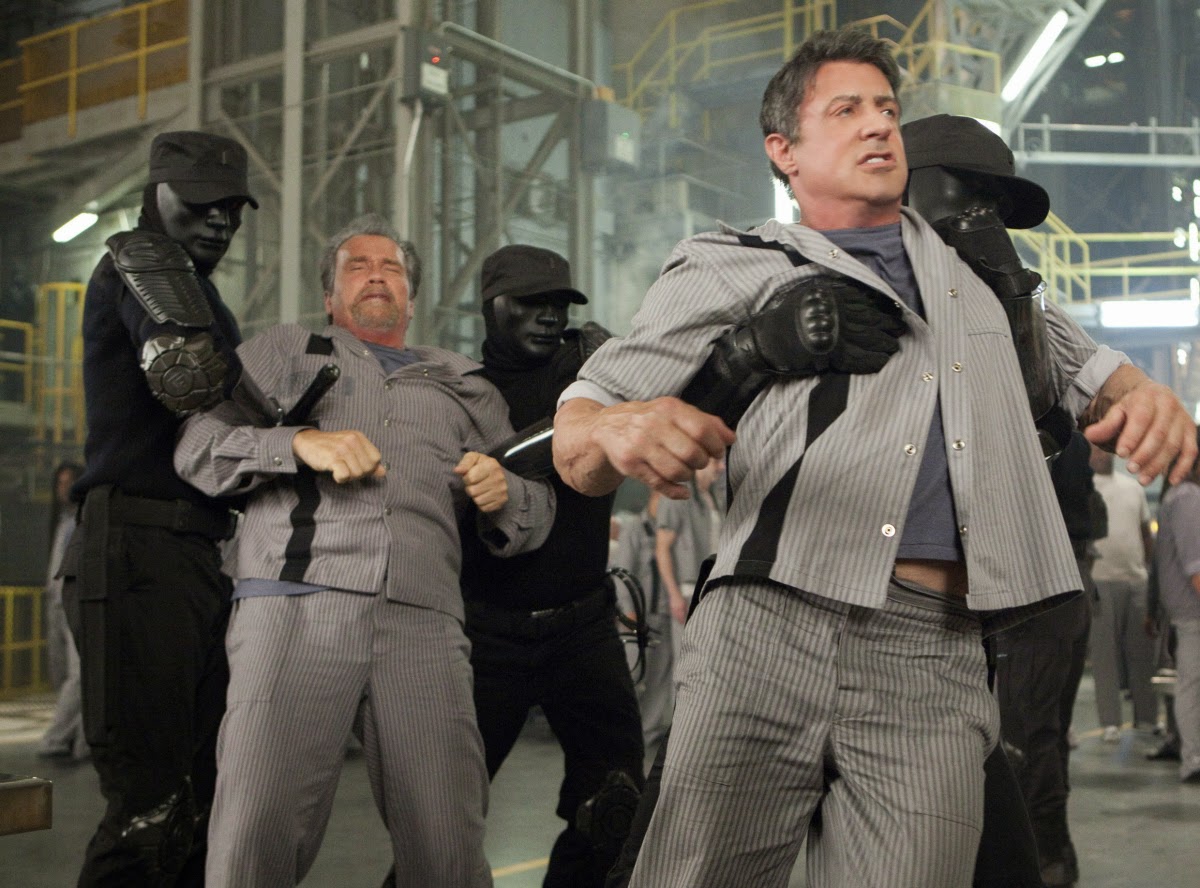 Ray Breslin is the worlds foremost expert in security analysis when it comes to testing the worlds toughest prisons for escapability. After completing a recent job, he is approached by the CIA to do an off-the-books job in testing a prison that is super secret and touted as being inescapable. 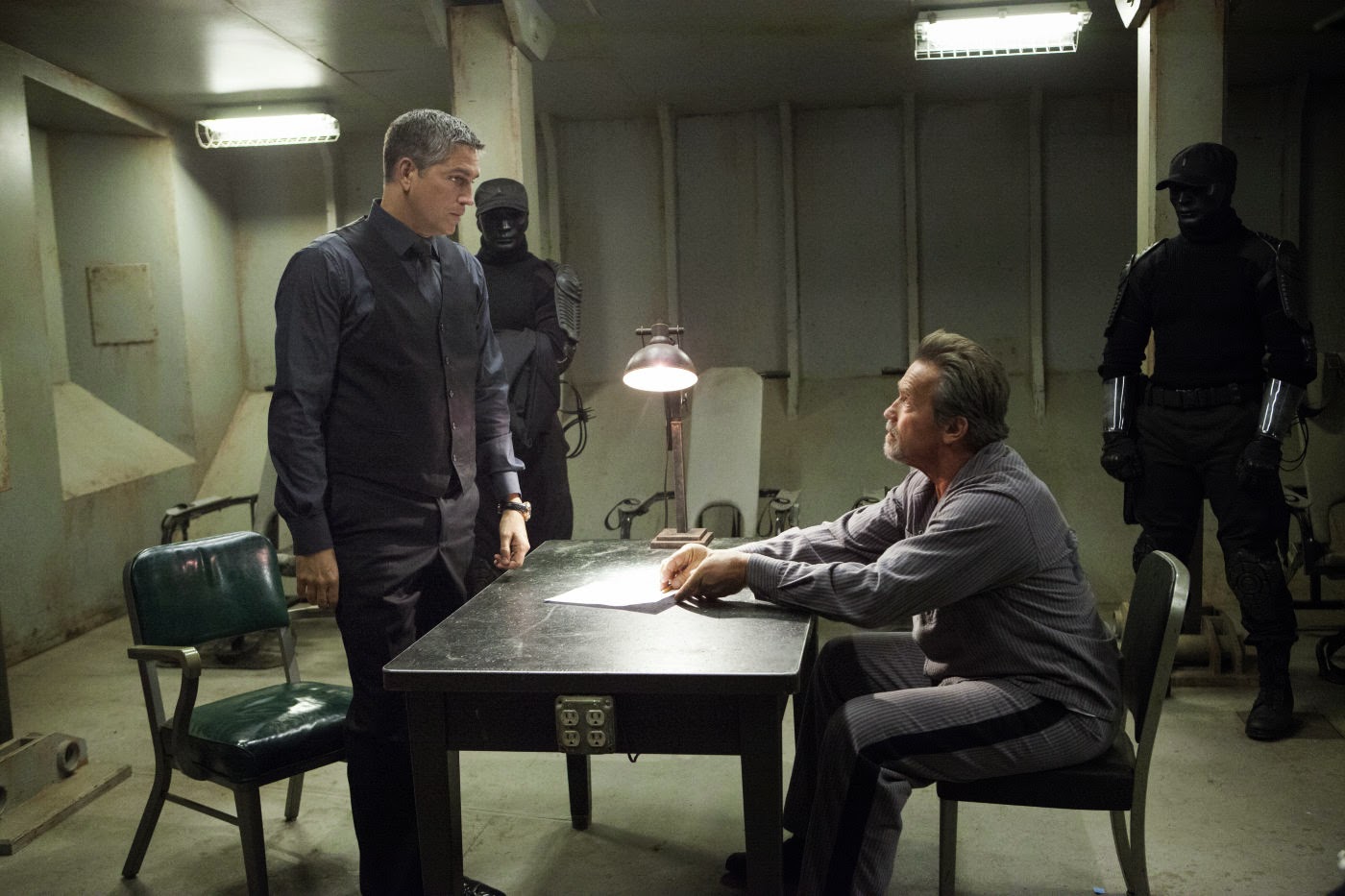 Ray agrees to take the job and is set up with a new identity and put in play…only to later find out that everything isn’t as it should be. He has been set up and trapped in a prison made by his own career of observations and analysis, by a warden that knows who he is, but is being paid to make him disappear. 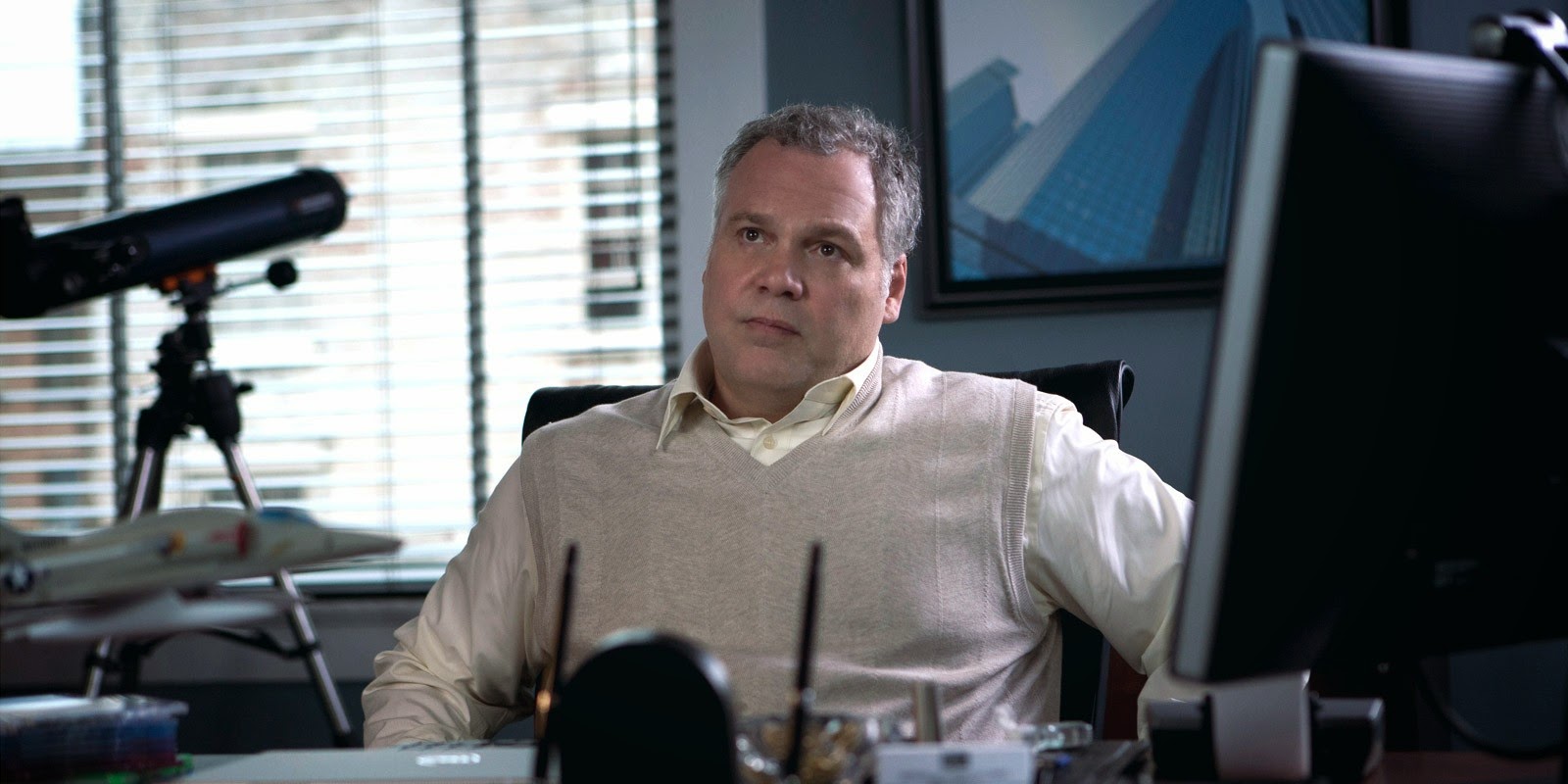 Not knowing who he can trust or who set him up, Ray has to make alliances and take risks in order to formulate an escape and solve the mystery of his incarceration. To this end, he needs the resources of an inmate named Rottmayer, who has his own agenda afoot and is also intent on using Ray’s expertise to escape. What follows is a technical based action thriller that leaves you in awe of Ray’s capability, while keeping you excited by the seemingly insurmountable obstacles. 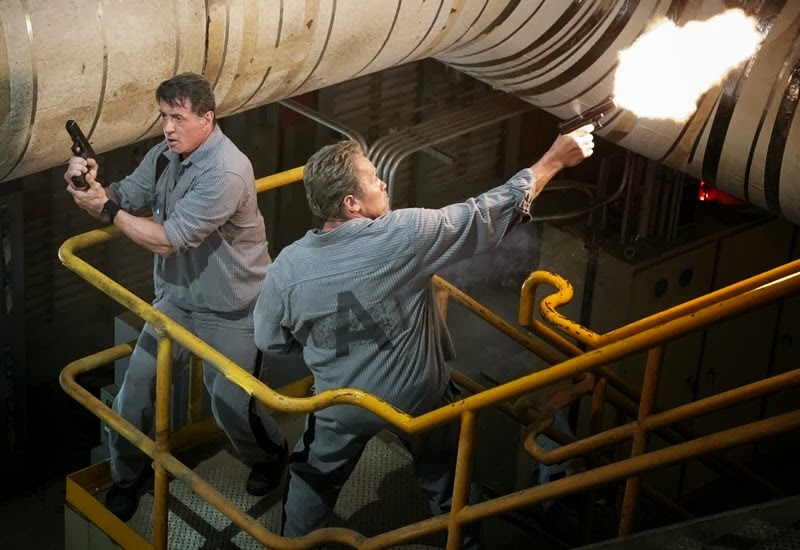 An action film featuring just Stallone and Schwarzenegger is long overdue and although I would have liked to see one when they were in their prime, I’m glad they did one. As with many films that feature big stars acting opposite each other, this film suffers from not living up to the chemistry audiences would like to see between them...but delivers in giving us an interaction that we would not otherwise experience. 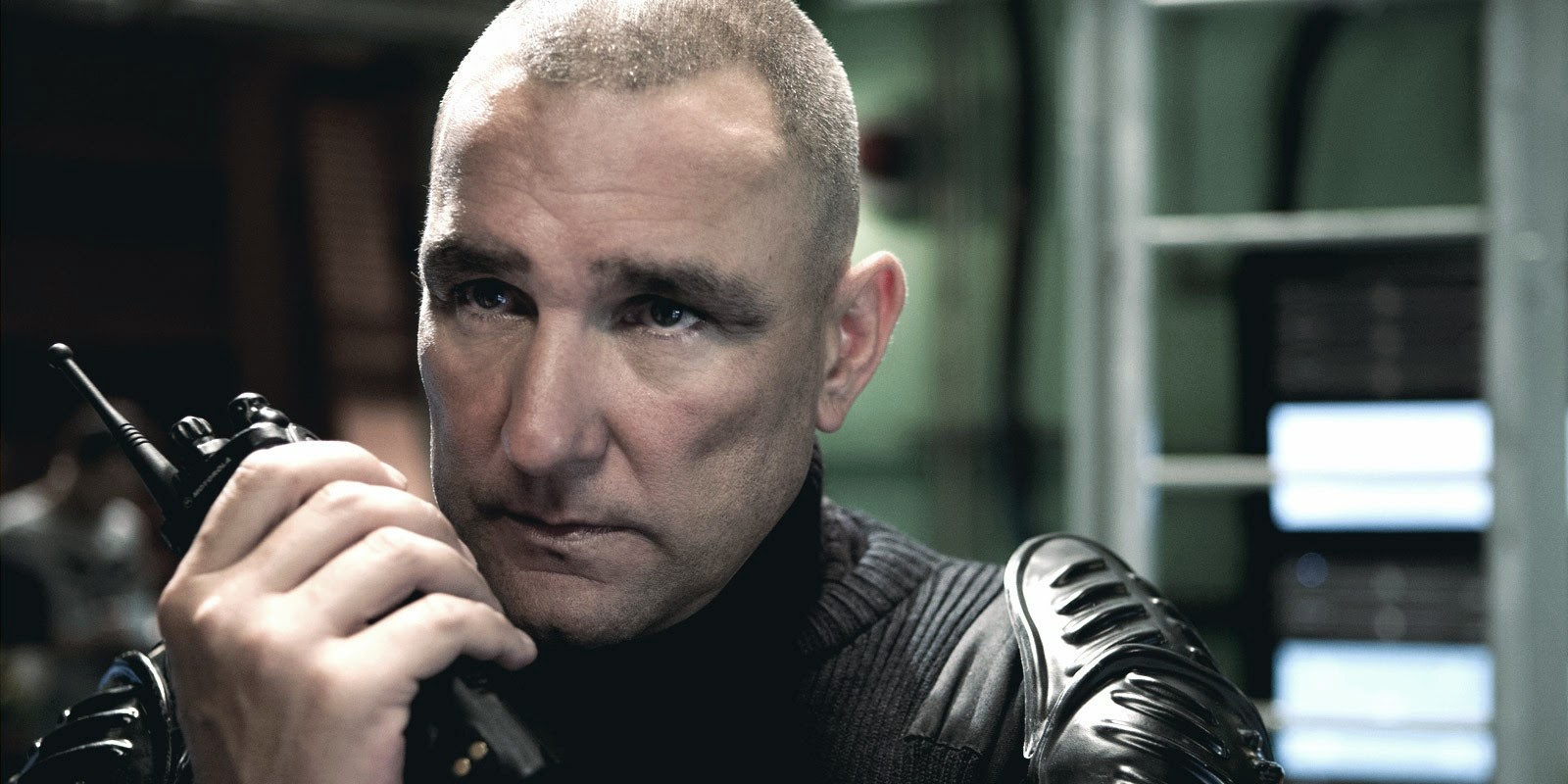 Although the script is not too profound with the motivations of Ray’s incarceration being one of the oldest motivators in the world, money, and Rottmayar’s motivation being freedom, the way it all is strung together is very entertaining. 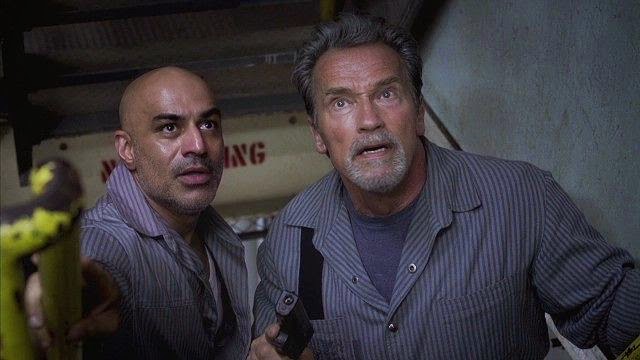 It was also a boost to have some pretty good talent round out some of the other smaller and supporting parts. For example the leader of the Muslim faction in the prison, Javed, being played by Faran Tahir (first noticed by me for his role in Iron Man and later, Star Trek). Or Dr. Kyrie, played by Sam Neil (best known for his role in Jurassic Park). Vincent D’Onofrio, best known for his role on Law & Order: Criminal Intent, plays Lester Clark, co-owner of Breslin-Clark turned bad guy for money. Lastly there was Vinnie "I'm the Juggernaut, Bitch!" Jones playing the head prison guard, Drake. 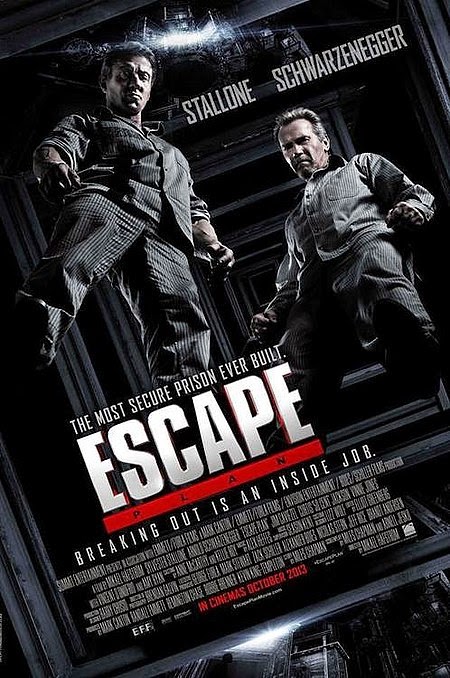 All told, this wasn’t the best film I have ever seen, but it certainly wasn’t the worst one either. It was just about as I expected it to be given the nitch aging action stars like Arnold and Sly are trying to find. I think both men could have benefited from better scripts, which could have enhanced their scenes together…but this film still locked up three cinnamon sticks in my cup of tea.