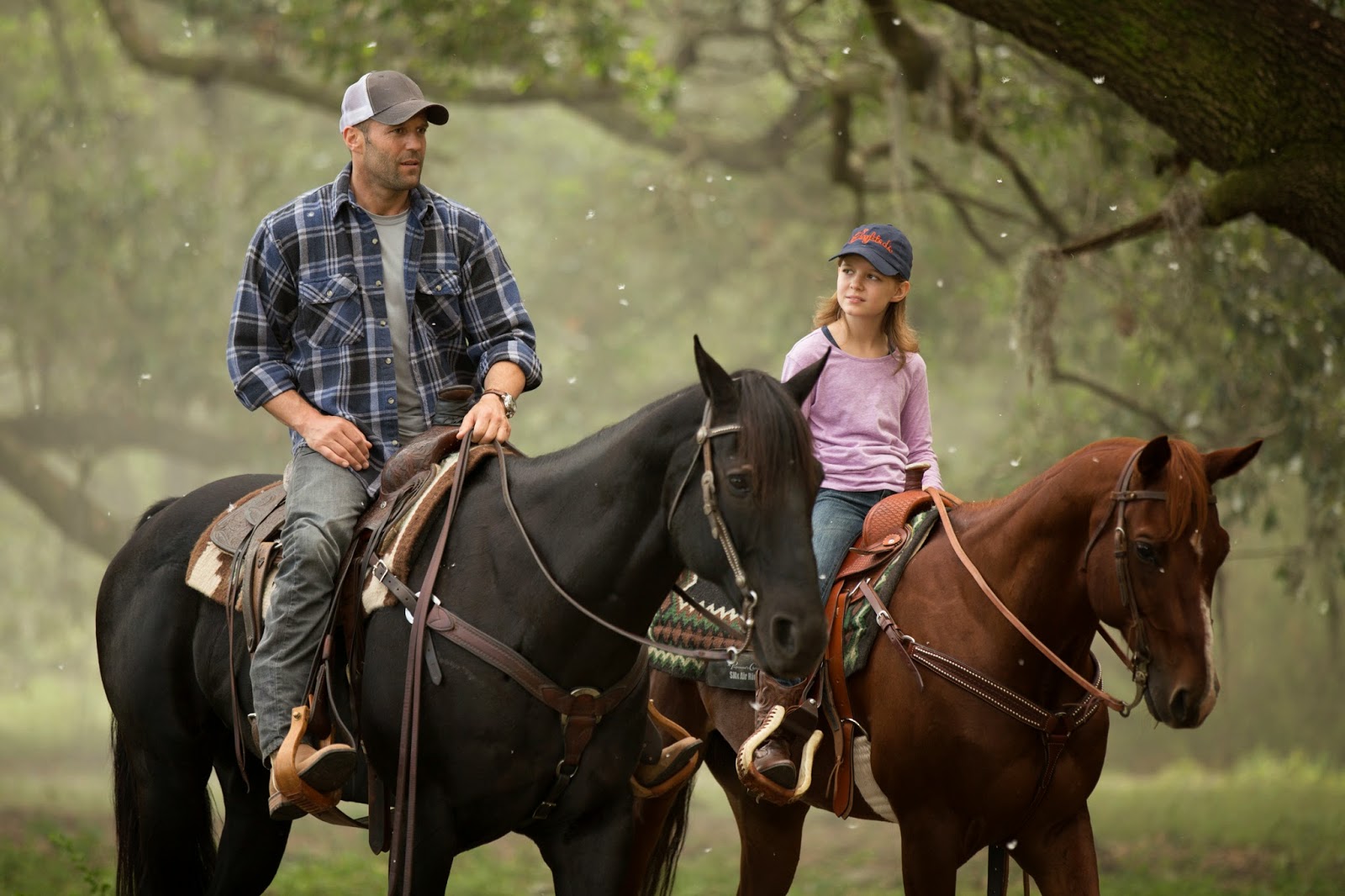 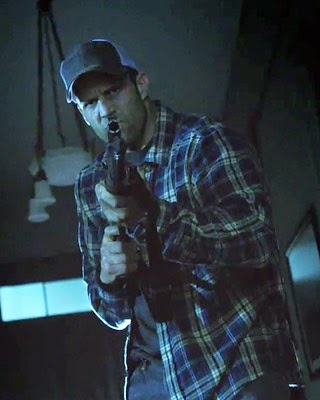 Jason Statham has graciously accepted the torch passed to him as “action star” by friend Sylvester Stallone (who also wrote the script for this film). Although this film has action, I hesitate to cal it an action film and applaud Statham for trying to show he can be more than just punches and kicks (although he does that very well). Phil Broker (Statham) may be an ex-DEA agent, but he is also a dad and Statham tackles the material well. 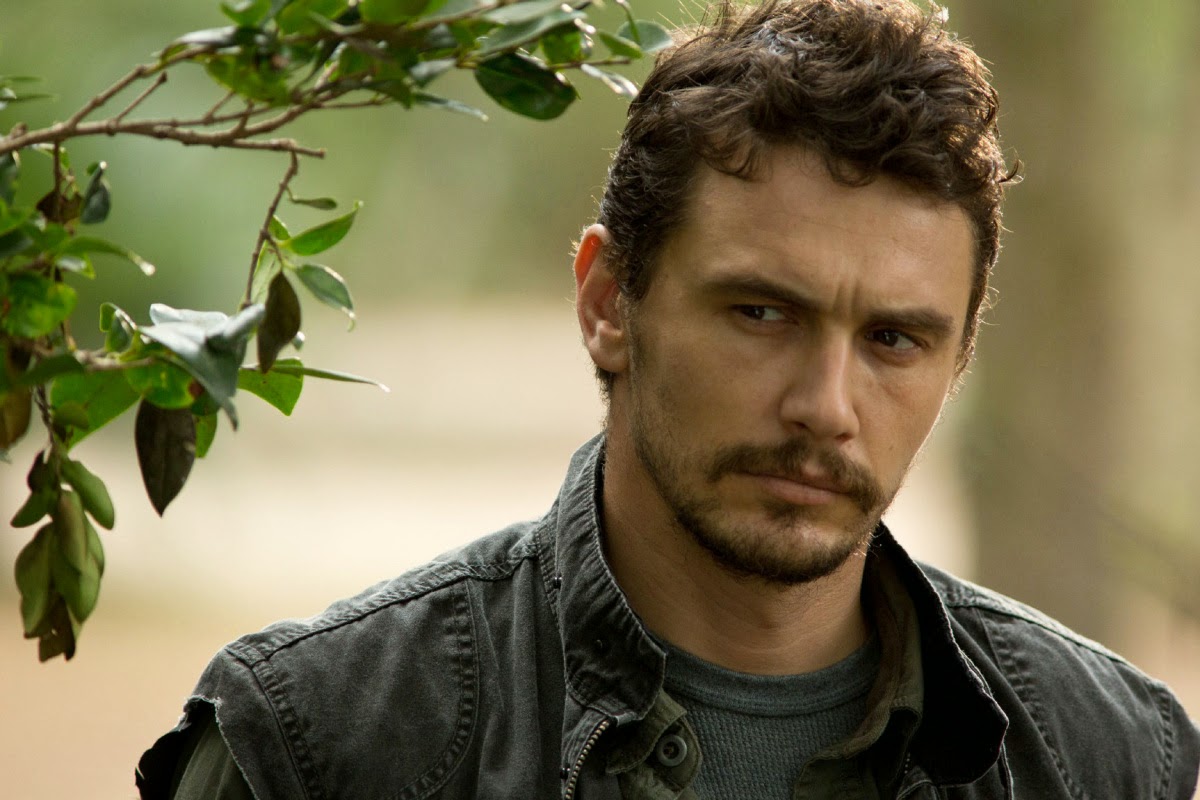 James Franco is a very versatile actor and he shows that versatility here as Morgan ‘Gator’ Bodine…local drug lord and creepy slime bucket. I didn’t have any trouble confusing Franco’s role for what it was versus what it was not. He was superb as an unhinged townie that used his own supply, bullied drug addicted kids, but in the end, was nowhere near the caliber of dangerous person as those he tried to deal with or tried to intimidate. Franco projected this very well. 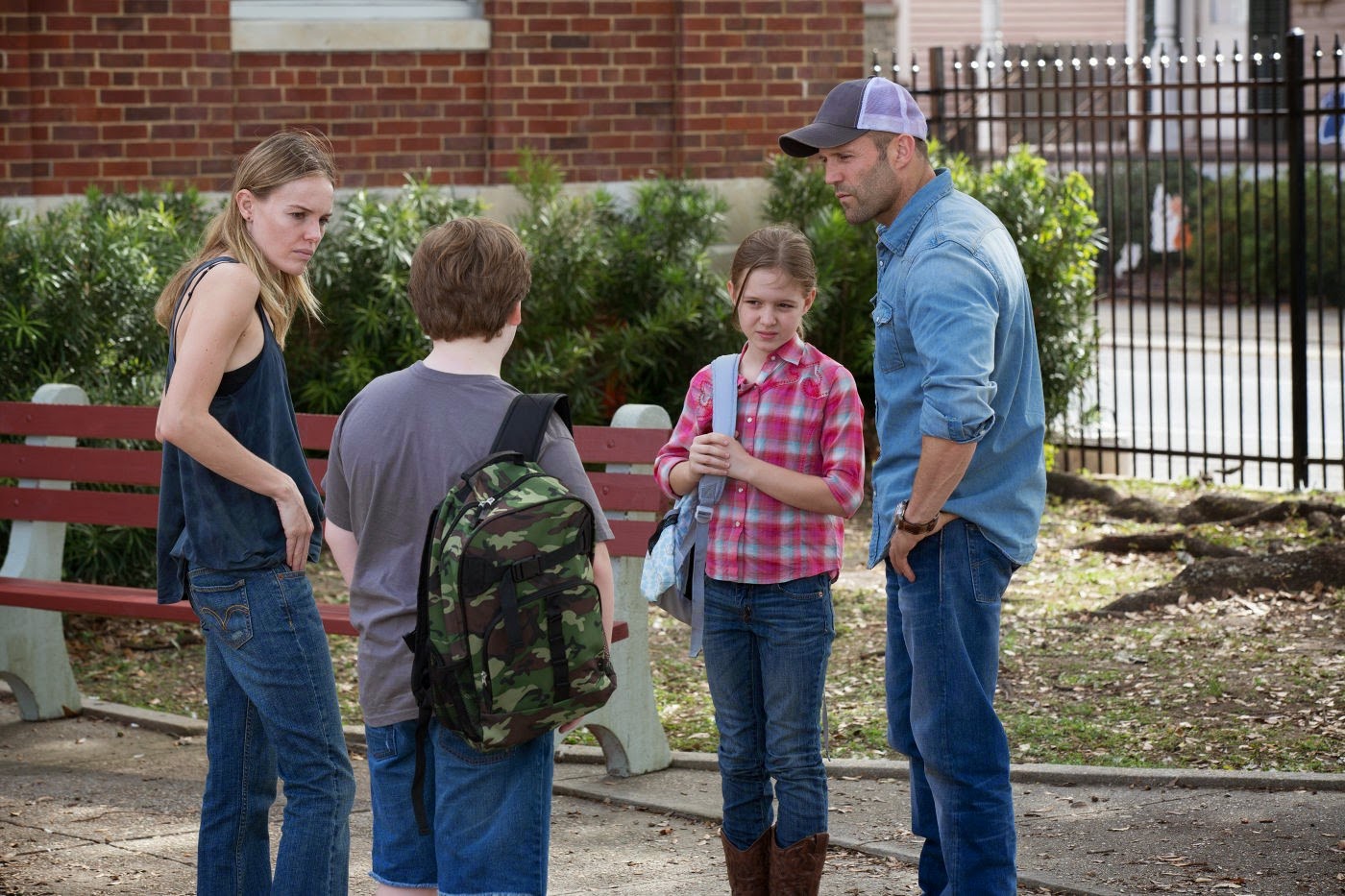 After an undercover operation goes awry for Phil Broker resulting in an avoidable death of the son of a leader of a dangerous biker gang, Phil Broker resigns and takes his daughter away to live life in a small town with small issues. A chance encounter with a bully at his daughters school puts him on a collision course with the local drug dealer.

Gator Bodine is the local drug dealer that stays in business by ratting out the competition and paying off the sheriff. Strictly small time, he is drawn into confrontation with Broker after his nephew is soundly beaten up for trying to bully the new girl in school…who happens to be well trained by her ex-DEA dad. 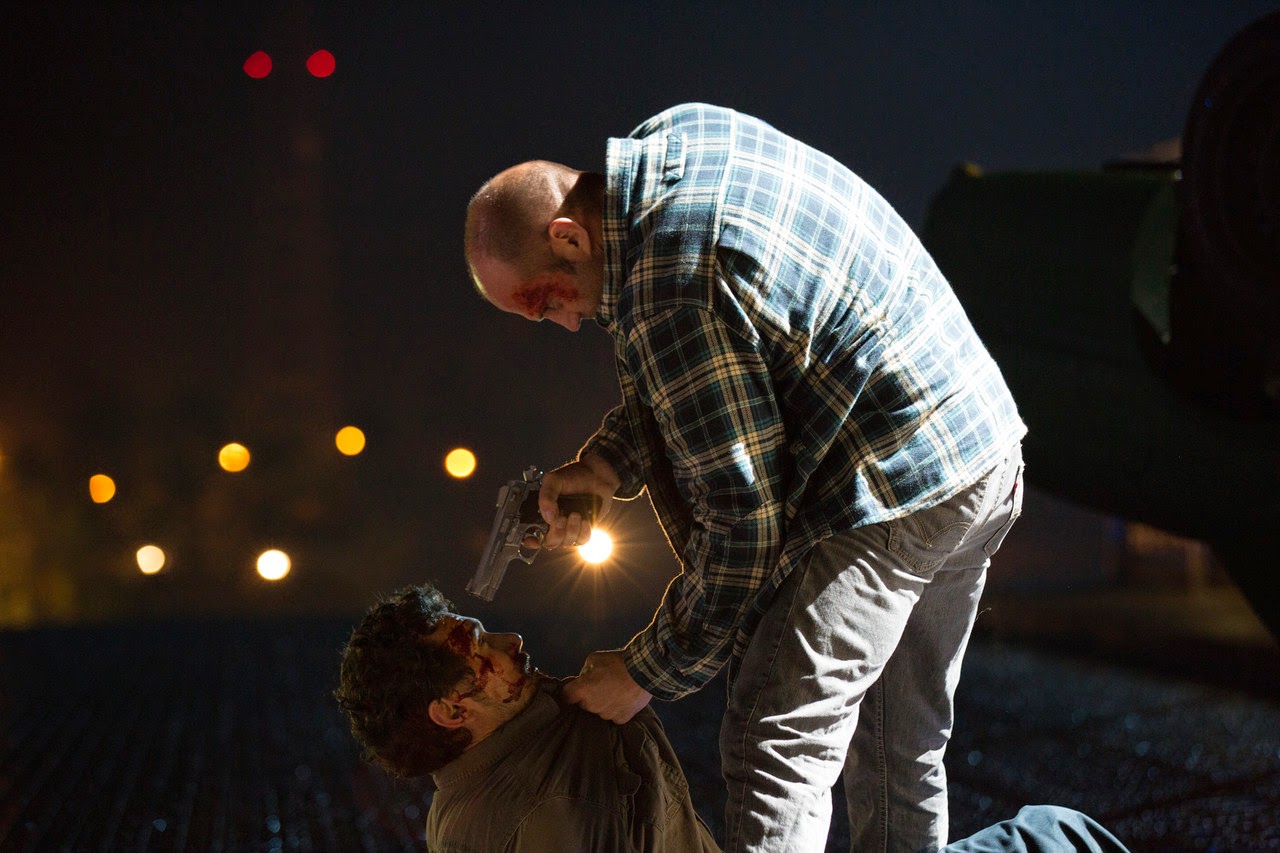 After sending some local muscle to deal with Broker, it becomes quickly apparent that Broker is a lot ore than he seems. Gator digs further only to find out the secret past Broker is keeping to himself and thinks that secret is a perfect opportunity to expand his drug operation. Gator will reveal Broker’s whereabouts to the leader of the biker gang Broker helped imprison (who also lost his son in the operation) in exchange for distribution of the drugs he cooks.

What follows is mayhem and pandemonium as Broker will go to any lengths to protect his daughter and preserve the new home they have made for themselves. 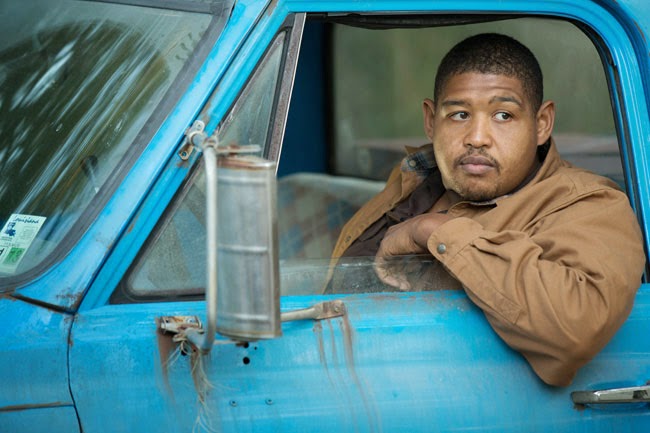 There is a lot to like about this film starting with the story. Although the movie is filled with “cliche” moments (those events you can predict with 100% accuracy since you have seen them in countless film before this), it still seems to deliver a good showing. 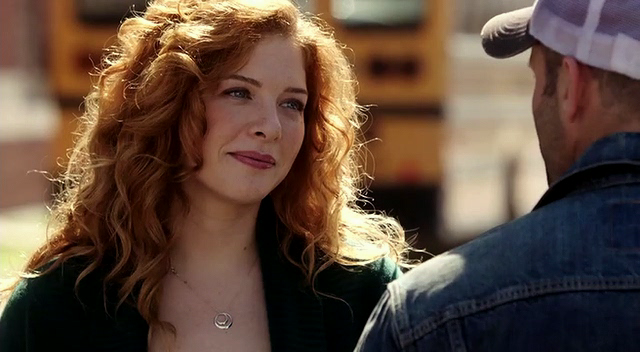 Word is the screenplay for this film was originally intended to be another Rambo sequel, I’m glad that it wasn’t. Statham is an action star, but the script of this film called for very little action in comparison to what I am used to seeing from Statham. Instead, his role as a father is highlighted more and that helped to make a solid foundation for a good film. 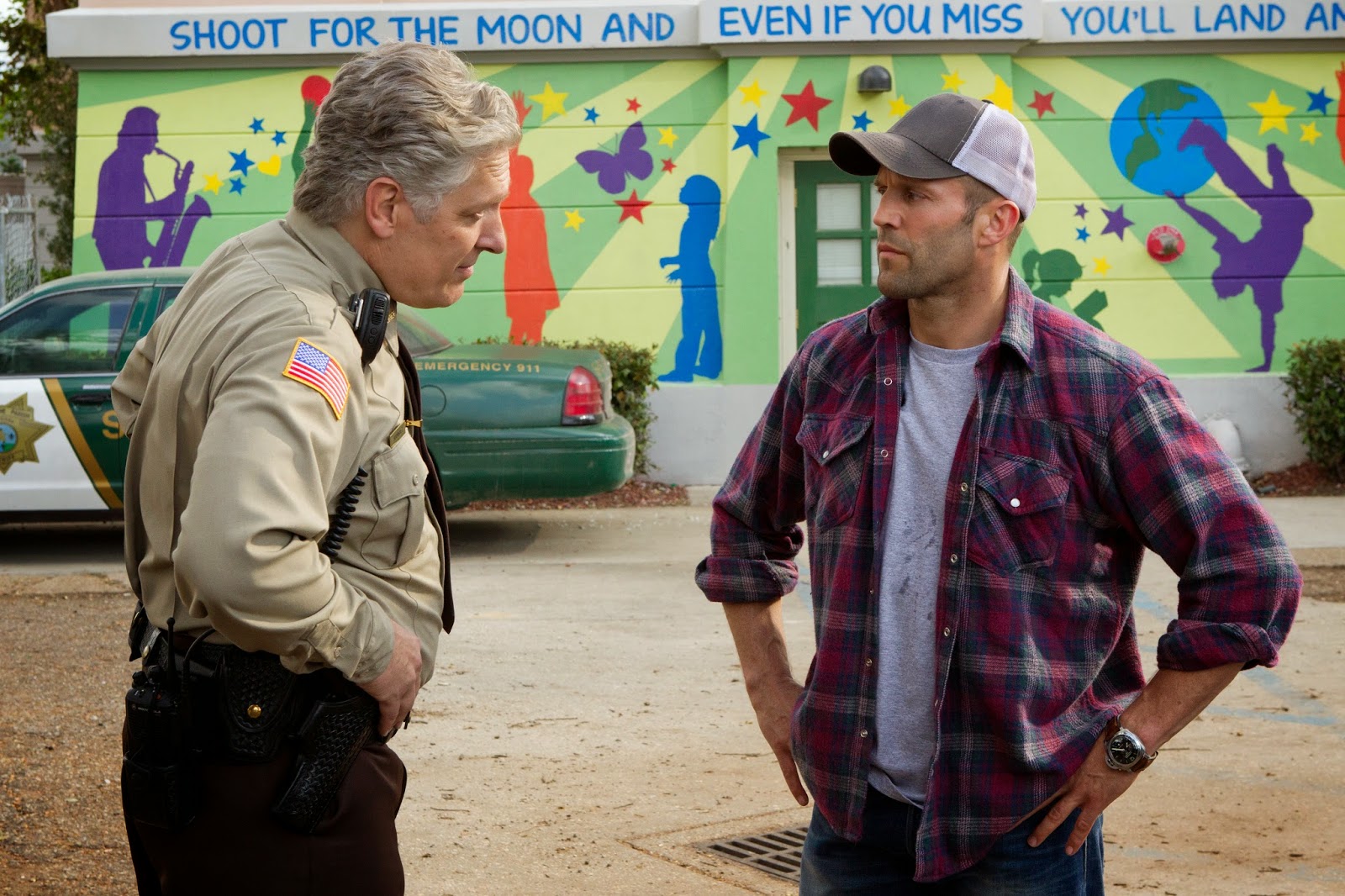 A man moves to a small town and runs afoul of the locals and has to put them in place so that he can live in peace in his new surroundings. It’s not a new story, but made endearing by some unique elements like the special moves of Statham, fun performance of Franco…and a few appearances by one of my favorites, Clancy Brown (we need to see more of him Hollywood!). I could have done without the constant screaming of Broker’s daughter when the action heated up…and it made no sense that she seemed to advocate Broker starting a relationship with her teacher while still freshly dealing with the loss of her mother just after a year, but no film is perfect. 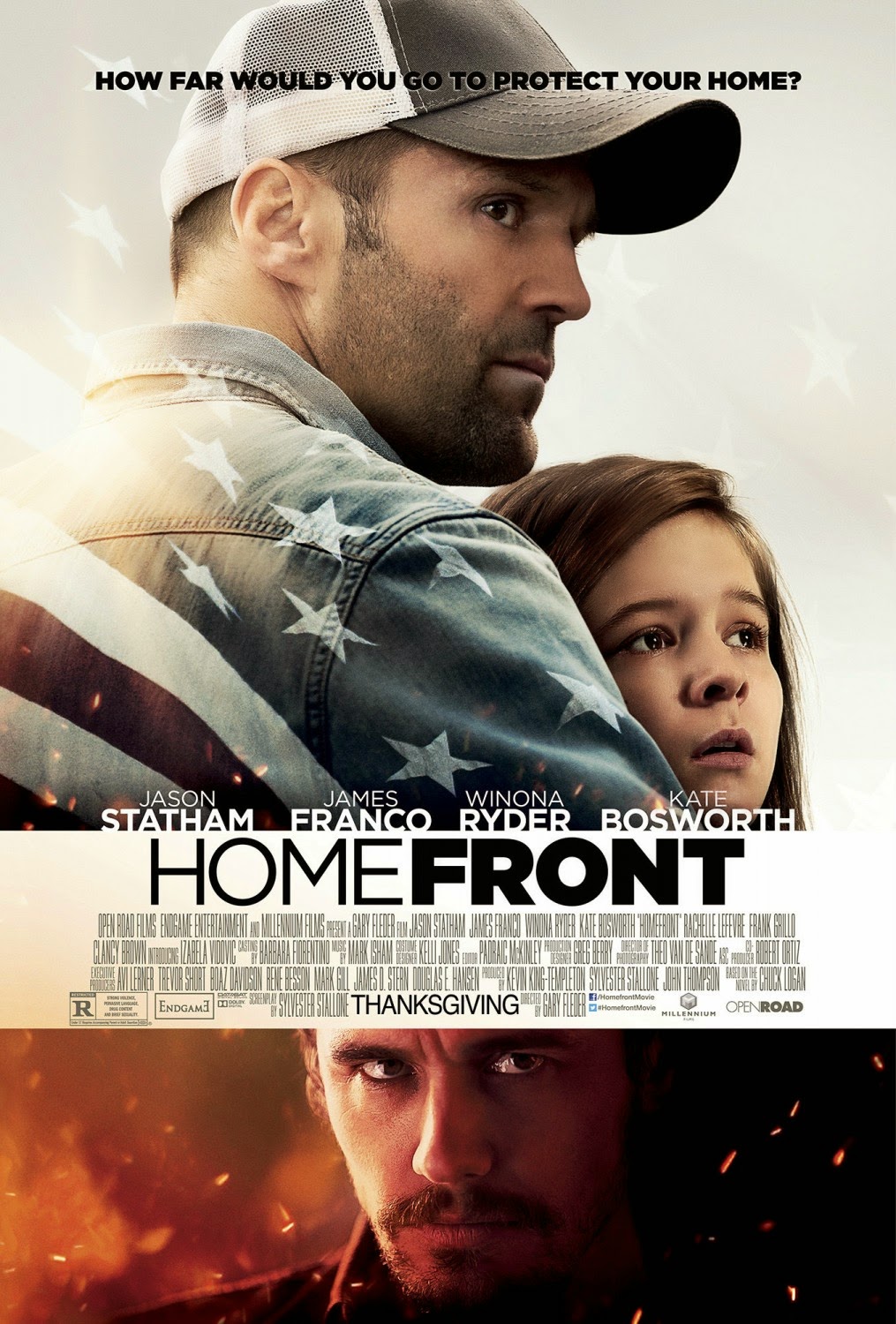 This movie really seemed to thread the line between serious drama and action film and I think both sides of that equation lost out because of it. It certainly could have been better, but it also could have been a lot worse. Overall, it was still entertaining and able to hold the attention of a diverse audience (my family) and thus, relocate three cinnamon sticks, out of five, in my cup of tea.