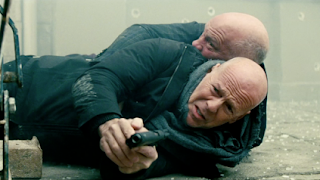 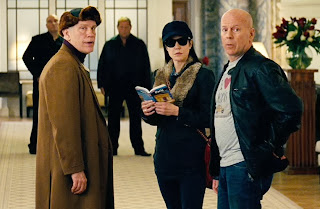 Like the first film, the cast has some heavy hitters in terms of talent. Bruce Willis, a bonafide action star returns and continues to look cool as a cucumber while killing the bad guys. Helen Mirren also returns as the lethal British agent and is reunited, again, with her Russian spy lover, the very talented Brian Cox. John Malkovich is once again awesome...and once again,kept me glued to the screen with hefty anticipation of what he was going to say or do next. It is worth saying again, when it comes to playing crazy or imbalanced characters, few do it better than him. Mary-Louise Parker enjoys a larger and more relevant role this time around, bringing a stream of laughs. 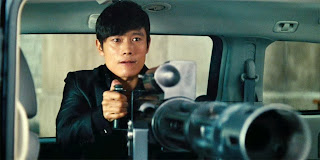 Byung-hun Lee plays the world’s deadliest assassin turned ally and delivers a fun, if not altogether believable, performance. Catherine Zeta-Jones plays Russian agent and ex-lover of Bruce Willis’s character and while I was never sold that she was Russian, was entertained at how her character was used to enhance Parker’s role. Dorchester native, Neal McDonough once again plays that “you know somebody is about to die when you see him on screen” role, and does it very well. Of course, Anthony Hopkins delivers, big time, in any roe he plays…and this one was no exception. 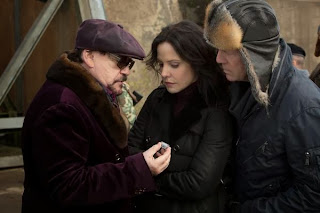 Bruce Willis is retired, extremely dangerous (R.E.D.) CIA analyst Frank Moses, trying to live a normal life with Mary-Louise Parker after all the death and mayhem of the first film. Unfortunately, Marvin (John Malkovich) shows up and more mayhem soon follows as he and Frank have been outed as knowing the whereabouts of Nightshade, a portable nuclear device. Of course they don’t and must now hunt it down before they are hunted down. 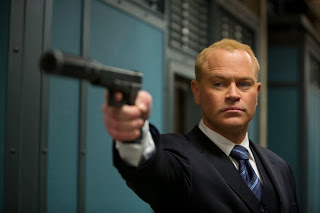 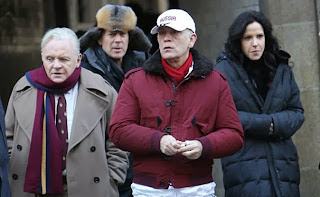 To find Dr. Bailey, they must first find The Frog and somehow convince him to reveal information that will lead to the whereabouts of Bailey. Finding Bailey is only part of the problem, after finding him, they must then find Nightshade…but things can only get worse as Bailey has his own agenda for Nightshade that has been on hold for 34 years. What follows is an array of car chases, explosions, unbelievable stunts, betrayal and misdirection as the very world sits on the brink of destruction.

Once again they deliver a film that is a nice action-comedy that didn’t feel like a waste of time. However, once again, I was sitting through it seemingly in anticipation for something more to happen, and was mildly elated that the film delivered somewhat in this area. I think the key difference between this film and the first was the expansion of the cast which gave the film a little more depth and area to expand on what was missing from the first.

Also, I think it is forgotten that this is indeed a comic book film as it is based of a comic of the same title. I was reminded myself when I saw the DC comics logo in the opening. Technically, this film should have been reviewed in my other blog, The Boxed Office, but it’s all good. 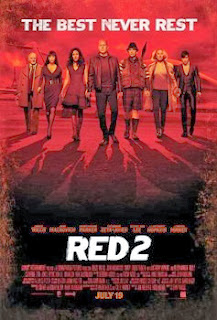 I’m an action junkie and love a good laugh mixed in with explosions, car chases, and a hail of bullets…and this film had a good dose of all of those, especially the comedy spurred by the romance between Willis and Parker. This movie was again, my cup of tea…and even though it was a slight improvement over the first...this film still only gets two and a half sticks, out of five, in my cup.