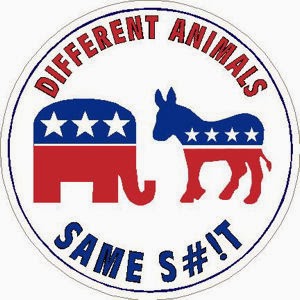 We must see the game for what it is. If we remain blind to the process, then it’s our own fault for where we find ourselves and where this country ends up. I didn't write what you’re about to read next, but it bares analysis because there must be some understanding of the process before we can effectively change it into something that works. We have been divided on purpose, while the animals run amok in the House and Senate:

“If you start with a cage containing five monkeys and inside the cage, hang a banana on a string from the top and then you place a set of stairs under the banana, before long a monkey will go to the stairs and climb toward the banana.

As soon as he touches the stairs, you spray all the other monkeys with cold water. 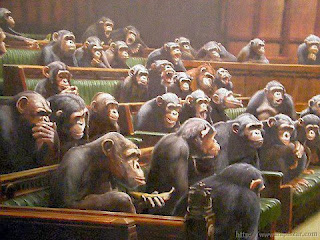 Now, put the cold water away.

Remove one monkey from the cage and replace it with a new one.

Next, remove another of the original five monkeys, replacing it with a new one. 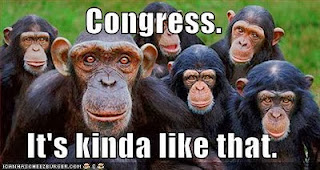 The newcomer goes to the stairs and is attacked. The previous newcomer takes part in the punishment...with enthusiasm, because he is now part of the "team".

Then, replace a third original monkey with a new one, followed by the fourth, then the fifth. Every time the newest monkey takes to the stairs, he is attacked.

Now, the monkeys that are beating him up have no idea why they were not permitted to climb the stairs. Neither do they know why they are participating in the beating of the newest monkey. 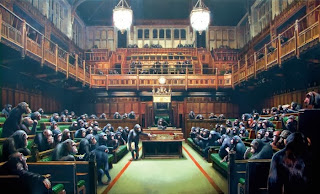 Finally, having replaced all of the original monkeys, none of the remaining monkeys will have ever been sprayed with cold water. Nevertheless, not one of the monkeys will try to climb the stairway for the banana.

Why, you ask? Because in their minds...that is the way it has always been!

This, my friends, is how politicians operate... and this is why, from time to time:

ALL of the monkeys need to be REPLACED AT THE SAME TIME.”

What are we really afraid of? Have we been so conditioned that the thought of improving the system terrifies us, just on the idea that our way of life will change? Even if that change is for the better?

I watch and marvel, and despair, at how brainwashed we all have become to be so polarized into “conservative” and “liberal”…Republican and Democrat. Why can we not all be Independents and use our good sense to realize that politics has become all monkey business, but we are the ones having the banana dangled in front of us? 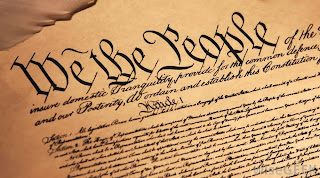 Why are we constantly doing the same thing year after year, but complain when we don’t see a different result? Why is the idea of following the Constitution such a tough pill to swallow? Why are we not holding our elected officials to their appointed task of representing us instead of representing the corporations and special interests?

This post is full of questions, but very few reading will take the time to honestly answer. We purport ourselves to be the greatest country on Earth, but when it comes to fixing our political landscape and replacing the politicians, the monkeys sitting around in the cage, with statesmen…people that reject what the farce has become in deference to the truth it used to be, we cower in fear.

We are willfully blind to the game being played, and are losing without ever knowing we are participating…and now, there is no excuse.
Posted by Dennis Kreative Idea at 6:51 PM