The Dating Game: Playing to Win 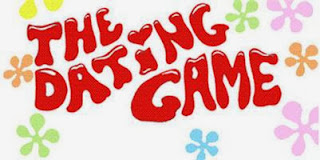 Dating is many things to many people, but it’s highly unlikely that people date for the express purpose of failing to meet that special someone, or to not have fun, or to fail at whatever their goal is for subjecting themselves to that entire situation. If you’ve read my first installment of the subject (The Good Side of Dating), then you know it started off by saying:

Dating: Two actors coming together for one night to put on a show...for each other.

…and ended by proclaiming:

Dating: two people presenting themselves honestly to each other for one night...and either having a good time, or learning a valuable lesson.

Now it’s time to add to all that since humans are so complex, and matching up with the right one seems to be about as easy as hitting a moving bullet, with a bullet. Not to say it’s an impossible task, but those odds aren’t the kind I’d go betting the mortgage on. The question that should be asked (you would think) is why is it so hard to find that right person? However, the real question is much more complex than that. We assume it’s hard to find Mr. or Mrs. Right because the search seems so tedious, but perhaps it’s not as hard as we make it out to be. Perhaps we should be asking ourselves why we make it so hard to find that special someone. 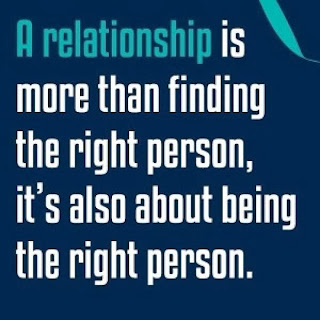 Before we dive into this pool of reflective analysis, let’s quickly examine why we call it (dating) a game and what, if any, significance there is to the label. Firstly games are usually fun (unless you’re the one with no money in Monopoly rolling the dice from Hell). So too is dating usually fun, but again, there are those bad Monopoly instances. In games there are usually winners and loser (as oppose to the unrealistic games of today where everyone is a winner). So too in dating will we find someone that thinks they’ve won (and might have) and someone that thinks the other is a loser. Good games have excellent replay value. Dating is replayed as well, even to the extent that it takes on different venues than the traditional night out to dinner and a movie (again, haven’t yet touched on internet dating). So it’s clear that the dating scene being compared to a “game” is not entirely without merit. Now the question is how you win at it.

Earlier I stated that we make it hard, in contrast to the belief that it’s just hard, plain and simple. I’ll tell you now, if you’re the kind of person that goes for a certain “type,” you might be falling into a trap of your own design. Think about it, if you are not having any luck whatsoever with the type you are responding to, then perhaps the problem isn’t them, but you. You are going for (or falling for) the wrong type. Whatever type that is, you should re-label it “incompatible.”

Stepping outside our established norms or comfort zones is not the end of the world. Indeed, the act of dating is just such an occurrence (a step out of the norm and comfort) and an expansion of this might just net some unexpected gains. This is especially important for those entering the dating scene after long or bad relationships…or worse still, bad relationships that lasted a very long time. There is a bit of institutionalization that has happened and breaking what has been established as normal isn’t always easy. 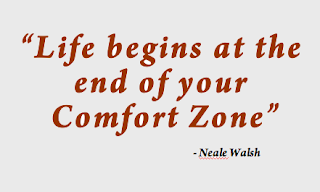 Everyone is not going to react or approach things in the same way. To hold a new love interest to an old one’s standard is unfair and probably self defeating for the purpose of why the date is happening to begin with. To cling to “a woman should know this” or “a man should do this” is just casting a net that will only catch the same fish you have been throwing back into the ocean. If you’re into pointless cycles, than stop reading and continue the circle of disappointment.

As if all this isn’t controversial enough, let’s push the envelope a bit and talk about sex. Just the very mention of the word is probably enough to start a riot and unleash a plethora of questions, not the least of which will probably be when to have it with the new person you’re dating. My answer is whenever you want since the “right” time is the time it’s happening (or else it wouldn’t be happening). Some will undoubtedly argue this point and cite the reason being that they had bad sex…so it was obviously the wrong time.

Well, being a guy, I can’t say I’m on board with the idea of bad sex (ouch), but I can say that like dating, sex is a learning process which encompasses learning what your partner likes and dislikes, as well as exploring new possibilities. I’ll never understand how some will accept the laborious search for that special someone, but reduce sex to a moment that must move mountains. As if the idea that two people learning each other in a relationship and thus have steadily improving sex is just some silly notion pulled out of the anus of this weeks tabloid quack.

Winning the dating game may not be easy, but we don’t have to make it any harder. The world is a big place filled with lots of great stuff. Mixed into all that stuff are people just trying get along in a life they are willing to share. Nobody is perfect (although now that I think about it, changing my name to “Nobody” might be a step in the right direction), but if we take a small step outside our self-built bubbles, we might finally discover a relationship that is good enough to call “winning.”
Posted by Dennis Kreative Idea at 12:56 AM