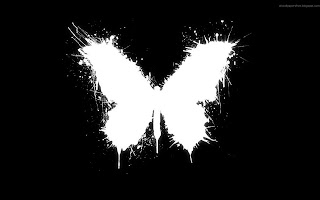 The Butterfly Effect. Perhaps you’ve heard of it? Edward Lorenz coined the term from a theoretical example of a hurricane being caused by the flapping of a butterfly’s wings weeks earlier. Now without going all chaos theory on you...let that idea sink in and tell me you haven’t been a victim, or observed another become a victim of this.

Let me say, I’ve done some things...minor at the time and with little thought given beyond the moment, that later developed into something for which “hurricane” would be an appropriate analogy. To put it simply, every action has consequences...and sometimes even inaction facilitates a consequence. Of course actions produce results, that’s the nature of life...always being in a state of constant change. No, what I’m talking about specifically are small, seemingly inconsequential actions, that manifest into world-ending situations. Well, I’m exaggerating a bit (or am I), but you get the idea.

If you’re thinking that you’ve never seen an example of what I’m talking about in real life, think back no further than the last time you saw a California forest fire on the news...raging across vast woodlands, displacing people and destroying homes...caused by the flick of a lit cigarette. A small action probably deemed inconsequential by the careless smoker, touching off a raging inferno that leaves massive destruction and ruined lives in it’s wake.

Bring the scale down a bit, and we have a word or two said in jest...that leads to an altercation that ultimately ends the lives of innocent people. Oh yes, stuff like this really happens. The Butterfly Effect happens more often in everyday life than we probably give thought to it. 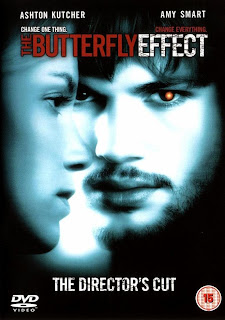 I find that interesting since we seem to give thought to it in our visual entertainment. There was a film called “The Butterfly Effect” (also “The Butterfly Effect 2” and “The Butterfly Effect 3: Revelations”), a science-fiction take on the life pattern of change and consequence. Recently “Justice League: The Flashpoint Paradox” hit store shelves and gives another example of a change  that alters reality. A classic story really when you consider what happened in “It’s a Wonderful Life.”  Yes, extreme and impossible situations are presented in all these films, but the underlying truth of them remains: a small change can have large and lasting effects.

This is not a new idea or some awesome revelation that has come to me in a dream. All this is to simply be a reminder that our decisions can cascade like a Domino Effect...and even worse, into a Butterfly Effect. Sure, when on the cusp of a big decision or faced with unique situations, we probably give more thought to  the consequences of our actions. However it’s the small decisions, the actions we barely take notice of that we probably should also give some thought to their future ramifications. 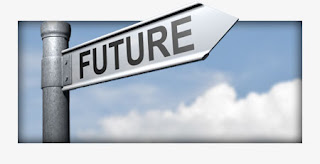 Nobody can predict the future with any accuracy worth noting (and I mean far ahead, mapping the consequence of each action and reaction). Few people will read this and put into practice trying to think through the multiple possibilities of the effect of their simple action. Indeed, such a task might seem to be more of a problem than actual problem solving...but imagine if the effect of this simple (relatively speaking) action was to avoid the Butterfly Effect. Would it be worth the effort?

Only time and your own personal experience can answer that question.