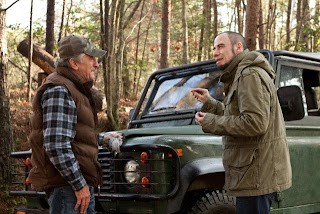 What can be said about Robert De Niro and John Travolta that has not already been said? The wealth of material both men have done is more than adequate to show that these are two of the most talented people to ever grace the silver screen. Playing opposite each other for the entire film as war weary and battle hardened soldiers from opposite sides of the Bosnian War, continuing their conflict eighteen years after the war’s end, both actors deliver performances that will capture your attention...with some scenes having you want to look away. 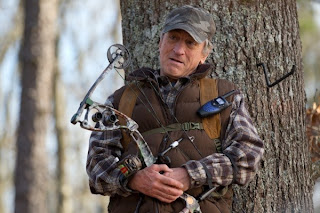 Benjamin Ford (De Niro) is an American war veteran of the Bosnian War that has retired himself to the serene calm and quiet of the Appalachian Mountain wilderness. Leaving the war behind, but never really escaping it’s lasting effects, Ford lives a life of seclusion from his estranged wife and avoids the efforts of his son to connect, via a new grandchild, for fear of interacting with his ex’s new beau...the best man at his wedding. 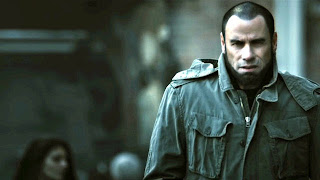 Emil Kovac (Travolta) is a Serbian war veteran of the same war, that has been motivated by his lust for revenge on the man that shot him in the back and left him for dead (Ford), and haunted by the atrocities he committed during the war...as well as those he witnessed on his family as a child. Reconciliation comes at a price as he seeks to find closure by confronting Ford.

Traveling to America, Kovac encounters Ford, who doesn’t remember him, and befriends him to learn more about the man that will become his prey. After inviting Ford out on a hunting trip, Kovac springs his trap...and both men engage in a personal war that will see both men endure horrible physical brutalities and physiological calamity. 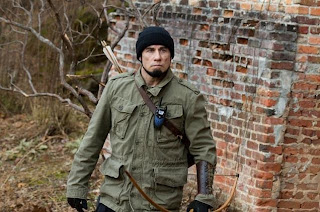 The beginning of the film is very interesting as it gives some interesting and disturbing facts about the Bosnian War that I had not previously known. The battle scene hooks you immediately and contrasts the solitary mano-y-mano conflict that will transpire throughout the rest of the film.

I have no issues with the acting, it was what I was expecting from both actors given the content of the film and the characters they were portraying. Travolta’s fake Serbian accent was very entertaining to me...but I find foreign accents interesting anyway. His mannerisms also seemed to fit as it looks as though he took great care to move, gesture and nuance as one would expect someone from that region of the world to do. Kudos to that. 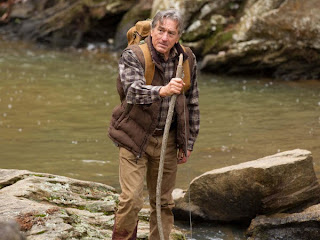 The gore in the film was detailed and magnified with close camera shots to make sure the full effect was experienced. These were the things that kept the film interesting because in all honesty, after a while of each man getting the upper hand on the other, it became more redundant than the original plot of the film itself. One man going after the other for revenge is certainly not a new endeavor in films...but the constant chance situation that each man benefits from to get the upper hand on the other just became ridiculous. 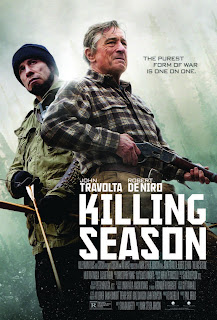 Although there are some great scenes in the movie, and the fact that both actors, while not delivering Oscar performances, deliver some good acting, the script weakens the overall film. This is especially evident in the ending, where both men seem to come to terms with what they have been through in the past...at the unlikely cost of simply brushing aside what they just went through during the movie. I guess sometimes an apology really does make it all go away. When considering all of this, this film probably could have had a higher rating in it’s sights, but when it unleashed the final shot...it could only hit 2.5 cinnamon sticks, out of 5, in my cup of tea.