Propaganda is not Useful Information

Within our reality exists some cold hard facts of life. There are just some things that are absolutely true, proven by our own experience, or by the observations of the experiences of others. There just isn't any getting around this. However, there also exists, within the scope of reality, that which is presented as fact...but upon further investigation, doesn’t hold up to the standard of being fact. The most common type of such a representation is a lie. Well...the only type of such a representation is a lie. The only degree of which is how much truth it’s being hidden in...and if that truth remains, true.

Truth, while being absolute, isn’t always enduring. When the game is played along these lines, the water gets muddy on what is technically a lie...and what is simply outdated information. Welcome to the wonderful world of propaganda. Let’s formally define it before delving into a specific subject of interest.

Now that we have a clear understanding (at least a description of such) of propaganda, let me address a particular case of the egregious usage of such...by making a statement many regard as true: There are more Black males in prison than in college. 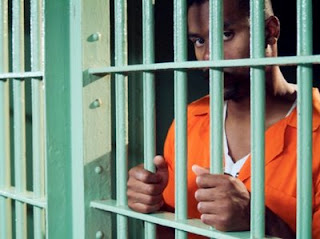 Understand that if you agreed with that statement, that you have been misled to believe something that is currently not true. To state such as the current state of affairs...is a lie. Although it was certainly true at some point in the recent past (remember... truth, while being absolute, isn’t always enduring) to make such a blanket statement, or use of this information without any accurate context is just...propaganda. While the use of such may be on the agenda of those with nefarious machinations...for Black males and the positive development of society, it is not useful information. Anyone believing this misinformation has been, in a word, hoodwinked. The statistical fact of more Black men being in jail than in college hasn’t been true since 2001 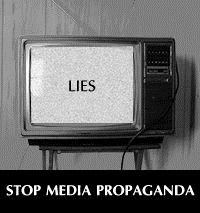 So...what does this mean? I hope it means you take my example, and don’t just take my word, but verify this claim for yourself. Second, I hope it means that you examine ANY source that still reports this erroneous condition as a current fact...and discern for yourself why the reporting entity would spread this particular piece of propaganda. If you’re a regular reader of this blog, then you’re no stranger to the fact that I’m leery (at best) of the media...and downright hostile in obvious (to the enlightened) cases of misdirection.

Why...? Because tremendous harm is being done when untruths are presented and accepted as facts. Most Black youth today are believing this propaganda, and what is such a belief doing to them? Depriving them of hope and painting a picture that prison is an inevitable path while college is an unrealistic dream. The reality is they should be more hopeful today than ever before knowing that prison is completely avoidable and college is a real and achievable goal. 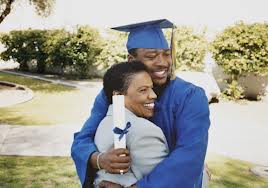 So where do we go from here? What will you do now? I ask because I’m not some guru or ridiculously educated scholar. I’m just a regular guy that excitedly makes observations about the world around him...that was just as much a victim of the propaganda as nearly everyone that will read this post. I decided that this information was urgent (because it is) and that I would use this humble resource as a vehicle for doing what I can to reverse the damage being done by the propaganda. So...the question remains: What will you do now...that useless propaganda has been converted into useful information?

http://dictionary.reference.com/browse/propaganda
Posted by Dennis Kreative Idea at 1:09 AM