“My tax dollars pay for your salary!” 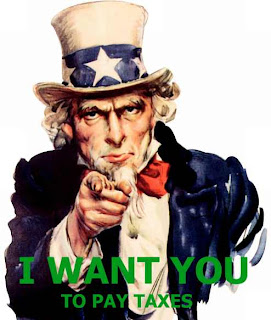 Ok...since I’m also a tax payer, it’s safe to say that my tax dollars also pay for my salary, so essentially, I‘m paying myself. I’m my own boss...but I already knew this. I get a kick out of people that brandish the fiery fist of power fueled by their tax dollars. In fact, I get a kick out of the very idea that they think they have any ownership at all over the money that is confiscated from them by our government. Yes...confiscated, because it is taken from you wether you want to give it or not.
Let me lay this out for you. You’re money is in your pocket, under your mattress or in your bank account. That money that was in your check before Uncle Sam confiscated it...WAS yours. By the time you get your check it’s gone, and isn’t yours anymore. Many reading this won’t get that, but I’ll just direct those people back to the beginning of this paragraph wherein I explain where your money is. 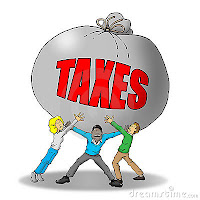 Once the idea of where your money is and what makes it yours...namely being in your possession to do with as you please, it’s easy to understand why I don’t get upset like so many others do when they complain about how their tax dollars are being wasted. The government wastes money...no matter where it comes from, so why is the money they take from you so special? Perhaps you think because it used to be yours that you have some claim or say about what is done with it? Right...tell you what, the next time you willingly give your money out, please try to enforce what is done with it after it is no longer in your possession. How about if your employer demand and enforce what you do with your money after you cash the check? Will that work for you? No...? Won’t work the other way around either. 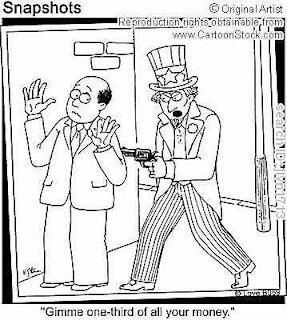 How about when your money is taken from you by force? If you’re held at knife point and your money is taken, it is returned to you if the authorities can capture and recover the thief in time. In essence, it’s still your money...so long as it can be recovered, and if not...there is always legal recourse to get it back or punishment issued for the taking. Funny how that system doesn’t work for you when Uncle Sam is the one robbing you. I don’t want my money taken from me, it’s being done against my wishes. I think I’ll call the police next Friday and report the money stolen from my check. I’m optimistic that justice will prevail...who’s with me? 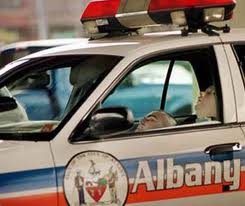 Let’s get real. No matter how much you cry about how the government is spending “your” money, they aren’t going to stop taking it from you nor are they going to give any back beyond what they decree is all right to take from you to begin with. They can fire every delinquent government worker, cut all the programs you don’t like, close every loophole you can find...and you still won’t find a check in your mailbox for the difference in savings. Am I saying it’s ok for all that stuff to be going on? Heck no. I’m simply saying the energy spent in that area of protest could be better spent elsewhere...like stopping the crime that’s committed every payday! 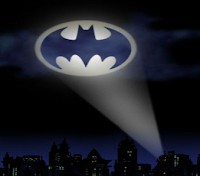 I can hear it now “...but we need taxes to pay for roads and schools and defense...” I’m talking about the income tax, not all the other taxes that pay for all that stuff. I’m talking about the income tax that’s written as being “voluntary”...but see what happens when you don’t volunteer the money. It gets volunteered for you and you become an example of what not to do.
“No taxation without representation”...but I’m not being represented, I’m being robbed! Somebody call Batman.
Posted by Dennis Kreative Idea at 5:57 PM