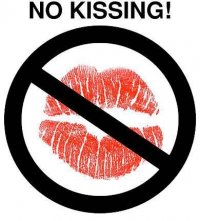 I was recently asked by a friend to add my voice in response to a very interesting survey question that I’ve never really stopped to consider before. Just the fact that I’ve never really delved into the thought made it all the more enticing for me to immerse myself in it. The question was: Is it possible to have truly platonic friends of the opposite sex? The overwhelming response was “yes”...but of course, I think the question is more complex than a simple response can cover.
In my opinion, truly platonic means not only not having a sexual relationship, but not having a desire to have one as well. That said...a platonic relationship happens when the friends don't find each other attractive. Here begins a rabbit hole as "attractive" isn't just confined to physical appearances. When there is absolutely no attraction and thus, no desire...but a friendship (the levels of which that can exist will take us deeper in the hole)...then yes, one can have a "platonic" opposite sex friend.
Now is a good time to see what the dictionary has to say about platonic relationships.

Merriam-Webster:  b : of, relating to, or being a relationship marked by the absence of romance or sex.

Dictionary.Com:  3.( usually lowercase ) purely spiritual; free from sensual desire, especially in a relationship between two persons of the opposite sex. 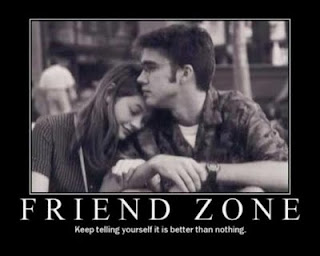 It seems my thoughts are in line with those that write dictionary’s. However (and you must have known this was coming), you can have friends of the opposite sex, without having sex, but have an attraction or desire to have sex. This may never surface...ever, but it's there. Is it really platonic when lurid thoughts exist? Not according to Dictionary.Com (free from sensual desire). If the thoughts and desires are there...all that is missing to change the situation is opportunity or invitation. In the end, choice will be the deciding factor.
So...if you only have unattractive friends of the opposite sex, you can achieve a true platonic relationship...but if you don't, then you have only the facade of a platonic relationship that will remain in place only as long as you choose it to. As an added wrench in the plumbing...attraction can happen at any time for a variety of reasons in a number of situations. As we know, the term "friends" is broadly used regardless of how specific any one of us defines it. So there, in the usage itself, we’ve reached another depth in the hole of which I spoke earlier...but it gets deeper (doesn't it always).

There are many layers to the type of friends many of us have, from those we trust everything about us with, to those that once were close but now are just cordial...and everything within and beyond those specific boundaries. In dealing specifically with platonic friends as defined by the true definition as I've explained it, and the dictionary has agreed with....everyone must explore for themselves, the closeness or lack thereof, of a friend of the opposite sex that you have absolutely no attraction of any kind to.
Whoops...did I say “attraction?” Did I mention that attraction can happen at any time for a variety of reasons in a number of situations? Don’t believe me? Ask yourself these questions...
Is your platonic friend a good listener?
Do they give good advice?

Are they there for you when you need them?
If you answered "yes" to any of these cursory questions, then ponder...are these qualities ones you find attractive in a person? Is this the reason you are good friends with your "platonic opposite sex" friend...or the lack of these qualities the reason you're not? Now if these qualities are attractive to you, are you still just platonic since truly being platonic means having no sensual desire...and sensual desire begins with attraction?
Of course we can leave it at “not having sex” and completely disregard this entire post and undoubtedly many of you reading this should...for your own good. I just don’t see the issue as a simple matter...and I’m not alone: http://www.joelogon.com/platonic/ This issue will be seen differently depending on the perspective you are approaching it from...Venus or Mars...but I don’t think I was asked this question or that survey was taken for a situation that is a non-issue. 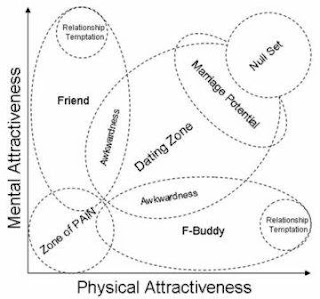 In conclusion I’ll add that there is a whole other animal here that often bites before it’s caged...and that is the professing that friends of the opposite sex are “just friends” when they really aren’t “just.” Flipping that coin and you’ll find the philosophical stance that the best relationships start out as “friends before lovers”...which brings us full circle to the question at hand: Is it possible to have truly platonic friends of the opposite sex?
Of course it’s “possible”...almost anything is possible, but the real question is: How far down this hole do you want to go?....and as you descend, remember that life is not scripted...it's live and in full effect.
http://www.merriam-webster.com/dictionary/platonic
http://dictionary.reference.com/browse/platonic
http://www.joelogon.com/platonic/
http://welcometohartbreak.com/2010/08/09/is-it-ever-a-good-idea-to-go-from-friends-to-lovers/
http://welcometohartbreak.com/2010/09/03/are-we-really-just-friends/
Posted by Dennis Kreative Idea at 3:12 AM