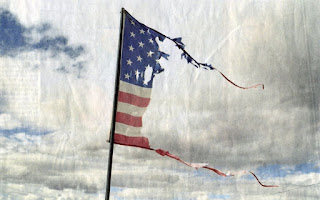 We are nearing the end of history. I have not spoken of prophecy here much and know full well that many people embrace many different beliefs. If you are among those that do not believe in biblical prophecy, you probably should start. A huge part of it is facilitated by the drastic reduction of our civil liberties and freedoms. If you think that it can never happen here in the good ole’ US of A, you haven’t been paying attention to world history, or even the history of our own country…which is rapidly unfolding , even as I write this.

Let’s start with the First Amendment. It affords us the freedom of religion.  There wasn’t much of that back in 2011 when a California couple was fined $300 for holding bible study in their home. A condo association in Florida banned bible study and the playing of Christian music in March 2018. A town in Pennsylvania banned bible study in a home with a threat of a $500 fine (per day!) in July 2018. A man was threatened with eviction from his apartment in October 2018 after bible study was banned. How far off are we from a time when holding church in your home will be outright illegal? 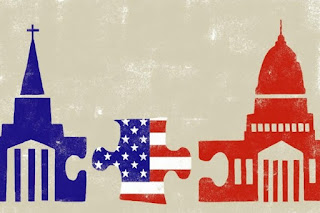 Banning religious worship in your private residence is just the pebble in the avalanche. The merging of church and state, where the state dictates and regulates religion is where we really blow the First Amendment to smithereens. How far off are we when the President vows to close the gap between church and state? How close are we to religious oppression when the prevailing thought is that only Christians should serve in government?

How long will the First Amendment guarantee the freedom of the press if the narrative is constantly pushed (and believed) that the press is the “enemy of the people?”

How long will the First Amendment protect the right to public assembly when 19 states have already introduced legislation that criminalizes peaceful assembly and public protest? I’d say not long at all, especially when the President himself calls for the loss of citizenship and jail time for anyone burning the flag…a protected action under the First Amendment. 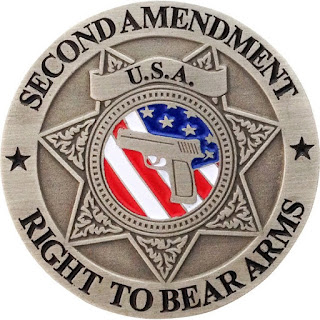 The Second Amendment grants the right to bear arms. In light of all the recent school shootings, the push to confiscate firearms and impinge the ability to purchase them is a daily headline. A disarmed populace cannot defend itself from government abuse. If you think governments never abuse their citizens then, again, you have not paid attention to history.

The Fourth Amendment protects us from unreasonable searches and seizures…but the NSA and Homeland Security has some nifty loopholes to get around that. Add to that the newly nominated Attorney General (William Barr) is against freedom and actually thinks the Patriot Act should go further than it does.

The Fifth Amendment says we are not to be deprived of life, liberty, or property without due process. A more expansive Patriot Act will trample all over that, and the President (Trump) won’t even blink since he is also against due process (as he stated when talking about taking away guns first, and worrying about due process later!). Can we not see how close we are?

The Sixth Amendment gives us the right to a speedy and public trial buy an impartial jury. Yet in 2011 the military was given power to detain us citizens without a trial. In 2012 the National Defense Authorization Act (NDAA) was signed into law and permits the indefinite detention of American citizens, without a trial. This law has NOT been repealed, so Trump has this very power, now…today. In fact, he re-authorized it just this year!

The Eighth Amendment prohibits cruel and unusual punishment of the citizens. Our current president is a supporter of torture and promised in 2016 to expand torture laws. Now, you might be thinking to yourself that those laws only apply to non-US people suspected of acts of terror, but don’t forget that they apply to anyone accused of acts of terror against the USA, even American citizens. 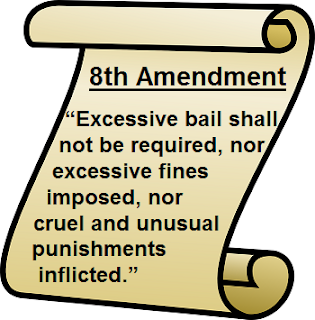 The Fourteenth Amendment allows citizenship to anyone born or naturalized here that is subject to USA jurisdiction. President Trump is actively trying to get rid of this. How tenuous are our rights when the Constitution can be amended by executive order?

It’s time to wake up and realize that salvation is real and we need to do everything in our power to spread the gospel. Prophecy is not going to change, so we must.