Swimming With the Sharks 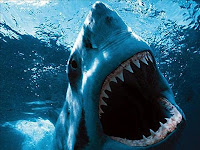 “Shark Tank” is an excellent show that someone like me benefits from with every viewing. There is, however, one thing that stumps me to no end...the ability of some people to sink themselves when offered a great deal.
Ok, admittedly, I make many assumptions when I postulate that someone has sunk themselves out of a great deal. I assume first that the deal offered was actually a great deal. I assume the person being offered the deal has no working knowledge of what a great deal is. This can be flipped the other way as the person could very well know what a great deal is, but for a reason unrevealed to me...has still rejected it. I’m no billionaire mogul, I’m not even the successful entrepreneur going in front of the sharks. I’m just a guy watching the show...and thinking to myself, “How the heck can you not understand the silver platter was just handed to you.” 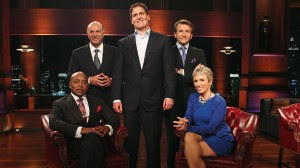 Work with me here. You have a company that has done $100k in sales last year. You go before billionaires (with a “B”) and ask for some of their money to make you even more successful than you’ve already been. They agree to help finance your business...they even offer their vast network of resources to make sure you’re successful. After all, they are investing their money, and they want to not only make their money back, but make a whole lot more of it than they invested. They want you to be successful. They want to continue to be billionaires (with a “B”). They rub their hands and lick their lips at the millions (with an “M”) they will make working with you and your business. They do all of this...in return for 50% of your company...and you say...”no.”

What? Say what? No? Really? Fifty percent of your company is just asking too much to make you a millionaire (with an “M”)...? I’m confused. I know I wasn’t that great in math when I was in school, but I wasn’t the class idiot either (we actually didn’t have one of those, nothing but big brains in my class). I also don’t corner the market in common sense (even though it isn’t very common at all), but I can certainly figure this equation out. Behind door number one, we have me owning 100% of my company and making $100k a year. Behind door number two, we have me owning 50% of my company making millions (with an “M”) of dollars a year. Lets say the company makes two million, just to illustrate this point. I choose door number one and walk away with my $100k a year....and leave $1 million dollars on the table. Uh...no, that wouldn’t be me. I can do the math. 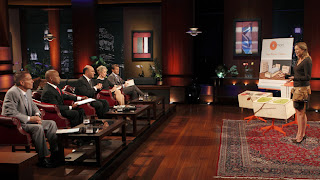 I’m probably being too harsh (as usual). Some people just don’t get the dynamics of what is going on...even though they have been blessed to have those dynamics introduced to them. I saw a guy, a firefighter from the midwest, walk away with a million dollars after giving up his invention (the patent and all) of a hose attachment...that is no doubt making the sharks hundreds of millions by now. I know, by his ear-to-ear smile he was thinking it was a great deal...he was a millionaire, but all I kept thinking was lease the patten and get a cut of the profits...for life! 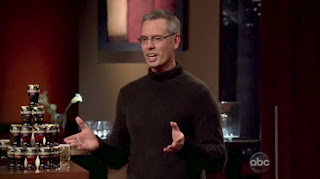 I saw another man, very successful with his wine business...and determined to push “wine-by-the-glass” completely miss the point of leasing the patten of his “by-the-glass” technique in favor of trying to make his wine business an even greater success. More power to him....but what could he have done with the millions of dollars lost on that deal? He actually had the opportunity to come back on the show...and in a display of unmitigated arrogance and foolishness, lose the very same deal again, this time for good no doubt. 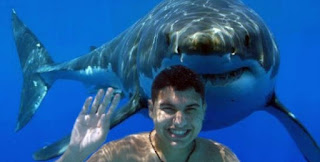 Human behavior never ceases to amaze and bewilder me. Some of these people need to swim with actual sharks...and maybe that experience will open their eyes to the ocean of opportunity they are swimming in.