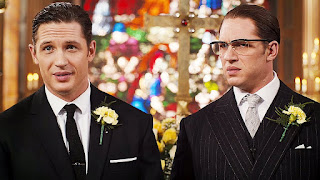 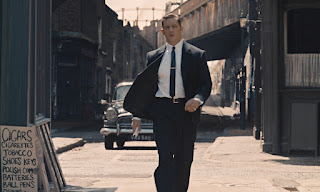 Tom Hardy is an excellent actor that has done a lot of films I really like….and always delivers a great performance regardless of the film. In this film, he has the unique opportunity to portray the notorious Kray twins in their rise and fall as one of London’s prominent organized crime presence in the 1950’s and 60’s.

Hardy’s performance clearly conveyed the personality differences between the twins and contrasted himself with ease as there was never any doubt which person he was playing…many times without even having to utter a word. 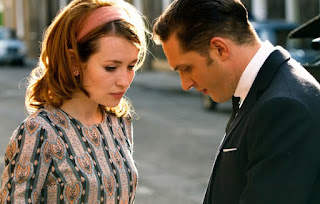 This is a biopic film about Reginald and Ronald Kray as told from the point of view of Reggie’s wife, Frances Shea. It doesn’t start with their childhood (which was a good call) and instead picks  up where Frances is introduced into Reggie’s life.

At this point the criminal endeavors of the Krays are well underway while we get to sample the personality of Reggie before being treated to the insanity of his brother Ronnie. 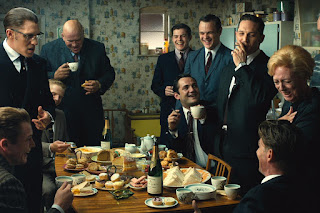 The London crime scene has many players on the field and the Krays navigate the terrain, dealing with rival gangs until their main competitors are taken off the board by London’s finest.

With their main competition mostly muted, the door swings wide open for them to increase their influence both as local celebrities and politically as they dig their tendrils into several business through a combination of offers and intimidation. 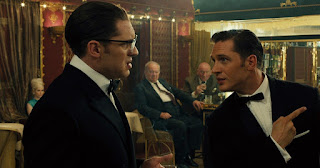 What follows is a telling of their story as only Tom Hardy can deliver, peppered with drama, comedy….and a bit of blood. 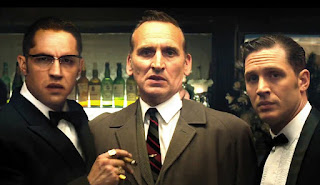 I watch a lot of BBC television and even I had to really concentrate at times to understand the nuance of the dialog, which is a big part of the film.

Hardy is great and I very much enjoyed his roles, although he may have played Ronnie a bit over-the-top, it was still a very entertaining performance. 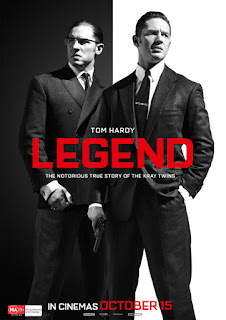 If I had to judge the accuracy of the film, I’d say it fell short in several places, especially if the Wiki accounting of the Krays life is to be believed. Other than that, I found the pace and tone of the film to be somewhat inconsistent at times and was totally taken back by the decision of Jack "the Hat" McVitie (Sam Spruell) at the end….given what had been going on all movie long between him and Reggie Kray…just made no sense to me.

Overall it was a fun film to watch, mainly due to the delivery of Hardy, but could have been better leaving out some of the musical scores and deciding on a specific tone.