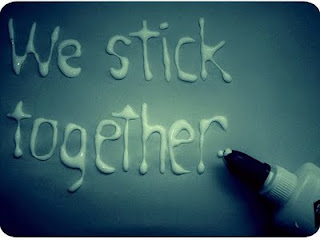 Maybe I’m just being paranoid...or maybe I’m really experiencing and observing things correctly, but it seems to me that no group of any kind exhibits the quality of togetherness and oneness than does a group of women...allied against a man.
It would be simplistic, but not wholly inaccurate to say all females stick together. My observations have shown me the truth of this sentiment, although “all” is a subjective generalization since there are always exceptions to the rule. I’m sure, insofar as I believe what the opposite sex has shared with me, that in the company of themselves, they harbor some resentment or sour feeling for at least one other of their group for either real or imagined infractions of the “Girl Code”...but it’s nothing that will be divisive enough to have them side with a man, especially when he has incurred any sort of infraction.

I know, I know...exception to every rule, and I’ve seen some of the shows that directly contradict what you’re reading (Basketball Wives, Bad Girls Club)...but I’ve also experienced exactly what you’re reading, without having committed any infraction other than being born male (an infraction in itself). It’s really weird...and even highlighting what’s going on, while it’s going on...doesn’t diffuse, what’s going on.

Let me give an example so we’re all on the same page. A couple go to the store. The man gives the female cashier the money to pay for whatever is being bought. The female cashier hands the change back to the woman. If the man protests, he is verbally assaulted by his partner (truth be told, it could be his friend, cousin...the relation doesn’t matter), the cashier...and the woman in next in line! They will all be of one mind, on the same page...seeing the man the same way, as the villain.

I’ve seen this. I’ve been a victim of this. It’s a true phenomenon. The circumstance doesn’t matter. If a man has a contradictory opinion or opposing personal view with a woman...every woman within earshot of this occurrence automatically sinc together, form a hive mind...and go on the offensive mentally, some even verbalizing their thoughts. The fact that the man is a complete stranger is of no consequence. The ethnicity of the women has no meaning. There are no cultures or colors...just the X and Y chromosome. 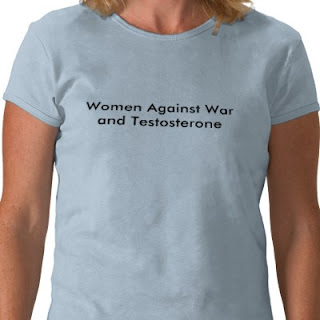 I’ve even tried to use reason (what the heck was I thinking?) and point out the fact that total strangers were engaging in a conversation that was devoid of any relevant facts to be a productive one...and it didn’t matter. My facts were acknowledged as such and admittance of the behavior was embraced...and the male lambasting continued shortly thereafter. I could not help but to admire the “oneness” of it all. If not for the fact of being the subject of the ridicule, able to mount about as much defense as a baby seal at its own clubbing...I’d put some effort into achieving that low level buzz in my skull that must connect all women to each other.
As observed, woman can...and will, go at each other with reckless abandon and unrestrained emotions. They will also drop all that like a stone when a man presents himself to be an alternate target (usually by just being a man). I realize this post must come off as biased, but I bet every woman reading it is thinking the same thing. I rest my case.